I’m 5’7, fat, gay, and extremely lonely. I’m tired of getting pushed around by my friends and not being able to get a guy. So I was wondering if you could help me out by turning me into a god among men. It would be very much appreciated. :)

Well, that should be easy to do. Just a few quick sentences in the Chronivac… and done! I hope you enjoy the changes! :) 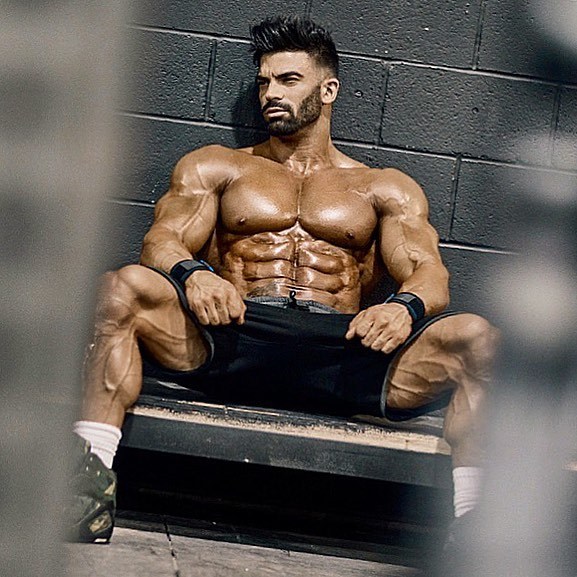 It was all over in an instant, but when it was done you could immediately tell something spectacular had happened.

You had become a god.

Your eyelids were closed, tightly closed from the orgasmic journey into godhood, but you could already perceive colors no human had ever experienced. You could hear wavelengths that no mortal should ever listen to. You found yourself activating a universe of new neurons and exponential pathways inside your brain.

You could feel the strength of your new muscles - shoulders that could heave mountains onto your upper back, arms that could lay cities to dust. You tense your hands - causing the molecules of air between your fingers to screech with tension.

You suspected that your mysterious benefactor had not intended to make you a literal “god among men”, but somehow, he had accidentally forged your weak form with the essence of an ancient god of virility and masculinity.

Except in ancient times, people had no concept of fitness models or of juicing gymrats chasing after the perfect aesthetics. Your form is the idealized perfection of modern masculinity - a paragon of the male body no pantheon or storyteller could ever have produced or foreseen.

Your skin now was a permanent sheen - not of sweat - but the essence of masculinity seeping out of your pores. That is what you are now - the concept of masculinity made flesh.

You open your eyes and turn around to your friend sitting on the bench beside you. He looked a lot shorter than you remembered him being. He hadn’t shrunk or lost any mass - you had become much larger than him. Become something greater. Superior.

He was the reason you had come to the gym in the first place - after spending the week belittling you and teasing you about your pudgy form. Emotionally blackmailing you into coming into this dank sweaty room and feel helpless as your badly coordinated limbs fail over and over again with one exercise after another while he breezed through each rep with a cocky smile.

Not that he was in anyway a fitness stud. He was just a normal-looking guy from the street, but he may as well have been Captain America compared to the sad shit you had been.

Right now, your friend was looking at you in complete awe, his breath still ragged from his last workout set, and his brain alarmed and panicking over what to do in a presence of a deity.

He knew what you had become too. They all did.

Everyone in the room could feel an almighty splendor radiating out from you. Every gym member stood slack-jawed at your very existence. You could sense their every thought. They had come here to improve build their bodies into temples of strength and manliness. Now, they had a new temple to worship.

You smirk at your old friend. He was an ant compared to you. Time to show him that. Gods could be petty creatures.

You snap your fingers at the hot as fuck, fitness stud who had been trying to train you this past twenty minutes and direct him onto his knees in front of you.

Soon his pretty-boy face is distorted as he forces his muscle-wrapped throat down onto your magnificent cock. His hand rapidly rubbing his meager dick as he watched you carefully flex and study your mind-blowing body while you sneer and smirk at your old friend.

You could get used to this.