Hey there. I was wondering if you could help me. Even though me and my parents move around a lot. I always seem to be the target for bullies in every school. They always find out I’m gay. And seen as I’m a skinny runt I can’t do anything about it. Could you get me to be more manly and muscular than all the guys in school? I would love to teach them a lesson. And I bet the other gay guys couldn’t keep their eyes off of me. 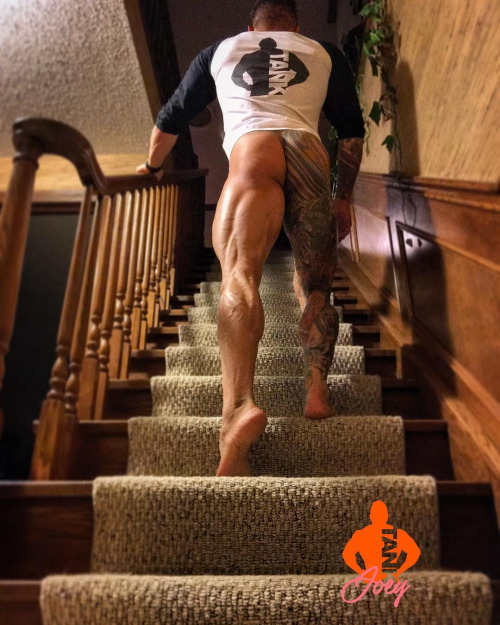 “How was your first day at school?” your mother asked as you, her 6’ 4" bundle of joy, strutted into your new house, the floorboards creaking alarmingly as they strain to withstand the sheer weight of your superdense musculature.

You stop to peer down at her. Your right cannonball shoulder brushing against the wall and forcing a photo to swing askew. It takes your every concentration to prevent your arm from accidentally smashing into the wall and rip through the plaster.

It seems your benefactor overdid the strength aspect of your wish, but you swear to yourself that you’ll get used to it. It was too awesome a power to relinquish.

You also can’t help up feeling those rock-hard cushions you now call your “pecs” with your other hand. You are completely in awe of them and have been absent-mindedly fidgeting with them all day. Completely mesmerized that you can send a ripple across your massive chest like a tsunami of blood-pumped flesh while you squeeze a calloused, exploratory hand against their grainy texture.

You suddenly realize you’re worshipping your pecs again and drop your hand embarrassingly - hoping that your mother doesn’t notice how unaccustomed you are to this body.

Your closely-cropped, uber-masculine tough guy face looks down at her with a paradoxical smile of boyish glee painted across it. If you could see yourself with a mirror you would be hard as a rock looking at the combination of hard man and wide-eyed boy face. Thankfully, your mother didn’t find it unusual.

“It was amazing Mom!” you blurt out with enthusiasm. “I found a group of jocks who were beating up the gay kids, nerd kids - shit any kid who didn’t belong to their stupid pack. I taught them that there was a new powerhouse in town.”

You clench your left hand, accidentally cracking the banister it was leaning on to. You could see your mother wince at the sound. Oops! From the new memories emerging in your head, you can tell it was a common reaction. Seemingly, you are a whole lot more expensive to maintain than you were in your previous life.

“I don’t think they are going to be a problem anymore at this school,” you add. You savor the memory of dragging the head douchebag of the group across the schoolyard in front of the other schoolgoers and force him behind the bleachers of the football field - well out of sight from any supervising adult. Every punch felt like a satisfactory retribution for every little slight you ever experienced from every god-damn jock who tormented you in all your previous schools. It felt… fucking amazing. Therapeutic.

Before you can explain further, you realize that your mother is trying to get a good look behind you. Shit! You had completely forgotten about Lorne!

You squeeze past the cramped hallway, revealing the scrawny teenage boy standing awkwardly behind you. He had been completely eclipsed by your sheer size and overwhelming presence.

You give a conspiring grin at the dorky boy. Lorne just blushed in response. It wasn’t that difficult to spot that he was a closeted lover of manly muscle. Though it did take you the entire afternoon to convince him that you found him attractive. It would probably shock the puny boy that you once frequented the same gay muscle sites he did.

Your mother, on the other hand, raised a knowing eyebrow. But she wasn’t going to put a stop to things. She seemed to be much cooler in this new reality. It kinda freaked you out a bit how open your parents were now accepting and talking about your sex life. But with your new libido at full power, it was a relief not to have to hide things from them.

“Nice to meet you, Lorne,” she said warmly.

She turned to you again.

“It’s great you’re making friends so quickly,” she continued. “The last few moves seemed to go badly for you …and I honestly don’t know why. I mean you’re so charismatic and outgoing and well, you’re so good-looking too.”

Now it was your turn to go red - any reminder of your former self, even your mom’s confused memory of past events, seemed to revert you back to your old panicky personality.

You try to change the subject.

“Studying I hope?” she smirked.

You laugh, while Lorne looked like he wanted to be anywhere but near your mother’s presence. Maybe you should have warned him about how “relaxed” she was about certain delicate subjects?

Several minutes later, your mother is finally alone. She can hear from upstairs the sound of furniture being moved around, shoes being thrown on the floor and after a minute, the faint sounds of an astonished moan or two. Just as she thought the boys were warming up to each other a door upstairs slammed open and heavy footsteps stomped down the stairway.

“I think it’s still in the basement, dear.”

A few minutes later she arrives at the kitchen, seeing him return from the basement grinning like a Cheshire cat. His shoes, socks, and pants had been hurriedly discarded in his bedroom, unashamedly showing off his ripped-to-shreds legs with their badass tattoos and a thick and twitching slab of man meat pressing against his midsection.

In one hand he cradled a small cardboard box with a bottle of lubricant poking out an open flap and a worn and weathered leather thong dangling at the side. In his other hand, he gripped a long, thick, black plastic missile that was ridged with snakey grooves.

He pressed a button with his meaty thumb, his forearm tendons twitching alarmingly as he revved up the ginormous sex toy with a high-pitch buzz.

It was obvious that he was very familiar with operating it.

“You’re not going to use that on your new friend are you?” she ventured, hesitantly. She knew that his little friends were generally open to a lot of experimenting. With his hot body and charismatic voice, her little boy could be very disarming and persuasive. But imagining her son plunging this monstrosity inside wispy little Lorne’s virgin asshole with all the might of his powerful and shredded 22-inch arms…

…well the poor boy wouldn’t last long without something inside him rupturing badly. Maybe this was going a little too far?

“Mom, relax,” he said with a laugh as he revved up the beast again, his burly arm flexed into a grotesque display of superhuman muscle and veins.

She looked back at the vibrating monstrosity with even more worry.

He sighed at her nervous look.

“This little baby is for Lorne to use on me,” he explained patiently. “You think Lorne has the strength or stamina to really give me a good fucking? This little toy levels the playing field. He’s going to have an evening he’ll never forget.”

She breathed a sigh of relief.

“Oh, and if his parents ring, tell them he’s introducing me to Dungeons & Dragons.”

She looked at him proudly as he easily walked upstairs, his massive cock waving from side to side.

She was so happy that he was finally settling in.