I heard the scramble of awkward, adolescent feet approach the back door. Jon was home. No doubt his baby-faced, freckled head frozen in an uncontrollable grin of joy - an image that had thankfully become familiar to us in the last few months.

To all extents and purposes, he was back to his old self again.

But I now knew better. “Jon!” I called out, stopping the short, stick-like figure in his tracks. He looked at me with dread in his eyes.

“Could you come over here for a minute?” I asked gently, but firmly indicating that saying “no” was not an option available to him.

I brought him to his bedroom, carefully closing the door so we could have a private brother-to-brother talk.

“Could you explain this to me?” I asked, handing him over a brand new yearbook - my hand pointing to an image of one of his high school’s senior students. 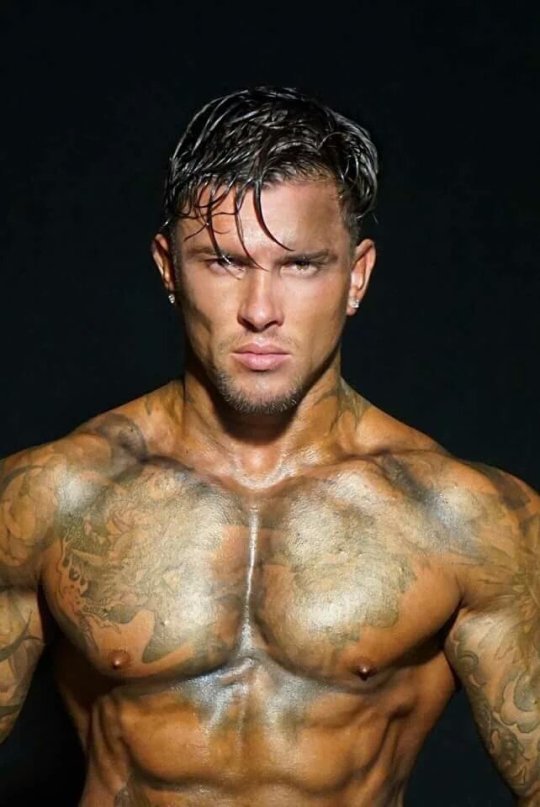 The boy I pointed to looked like no 18-year-old I had ever seen. Even the CW would balk at casting such a testosterone-dripping piece of masculine perfection in one of their high school shows.

And underneath the photo was printed my brother’s name, “Jon Harrington”.

My little brother’s cheeks went scarlet and he turned his head down to stare at his trainers.

“You promised Mom and Dad you wouldn’t use magic anymore,” I said gently - I didn’t want to spook the poor kid.

His head lowered further - I just knew he wanted the ground to swallow him whole.

“Hey,” I squatted down and lifted his chin with a finger to let him look at my reassuring face. Damn, he was short. “I haven’t told Mom or Dad. And they don’t need to know anything either. I just want to know what you’ve been doing these last few months. I mean, I just need to know if you have everything under control. That you aren’t under a lot of stress.”

That’s the problem with having a sorcerer as a little brother - how to reign it all in. I had zilch magic in my blood, so right now he could easily blank my mind, turn me into a beagle or something worse. But luckily for me, Jon never thought that way. He’s a decent guy at heart.

Okay, he did burn down the gym at his last school - but that was due to blind panic! If I had been rushed at by Carl Rivers and his thuggish goons and had a natural source of powerful magic coursing through my veins, I probably would have done something incredibly stupid too!

“Okay,” he murmured quietly. His scrawny body was still a bit shaky but I could tell he was easing up.

“So is he you?” I asked with an amused, co-conspiring look to my face.

I moved my gaze from my dorky little brother to the image of the hyper-sexualized, muscle stud. Damn. I had no idea my brother could will himself into something incredibly hot like that.

The muscles. The tattoos. The knowing bad boy smirk. The image was less of a living person and more of a wet dream come to life.

I cleared my throat, trying my best not to let my pants tent over an image of my little brother.

“I also notice there is no mention of you being in the Science Club. Or the Film Club. Not one mention of you attending any of your usual haunts. So those long evenings you spent at these clubs - I take it you were doing something else?”

I didn’t think it was possible for his cheeks to redden more.

I also knew damn well what he was doing during those long evenings - some of the signings from some of his female classmates went into real lurid and pornographic details. My brother’s hot, studly appearance wasn’t just for show. He definitely knew what to do with a body like that.

I smiled at him.

“Yeah, don’t tell me - I think I’ve worked that part out. And I guess Chad and Lenny have now absolutely no memory of you.”

“Once I changed reality,” he explained with a shrug. “It was as if I never became their friend or joined their clubs.”

“I did try to settle in for the first few weeks as plain old me. Honestly, I really did. But then I saw some big jocks bullying another dorky kid around - and I kinda freaked out. I had this spell all researched in weeks in case I needed it, and well, I simply walked into the restroom and walked out looking like that. And, um, reality couldn’t be stretched enough to let me continue my old social life.”

I furrowed my brow, as a thought struck me. “But didn’t Lenny cover for you a week ago - claimed you were at his place? How are you still friends?”

“We’re not. I kinda implanted a suggestion into their heads a few months back. They now swear blind when Mom and Dad ring them that I’m helping them with homework, or playing D & D, or working on a geeky project. As soon as the call is over, they forget it.”

“Hmmmm. Isn’t doing something like that against the sorcerer’s council rules of conduct?” I asked.

His gaze dropped. Damn, I was losing him again.

“Hey, laserbrain,” I said with a laugh. “Or should I say musclebrain? I’m not reporting you to those head cases. I just need to know you aren’t in trouble.”

He looked at me with hesitant relief.

“So, you just change into ‘Hunky Jon’ everytime you walk to school?” I asked slowly, trying to change the subject.

He nodded. “I change in an alleyway a block away.”

“And shrink back to ‘Dorky Jon’ every time you finish your extra-curricular activities?”

He grinned with a knowing smirk.

“I do have one unanswered question though…” 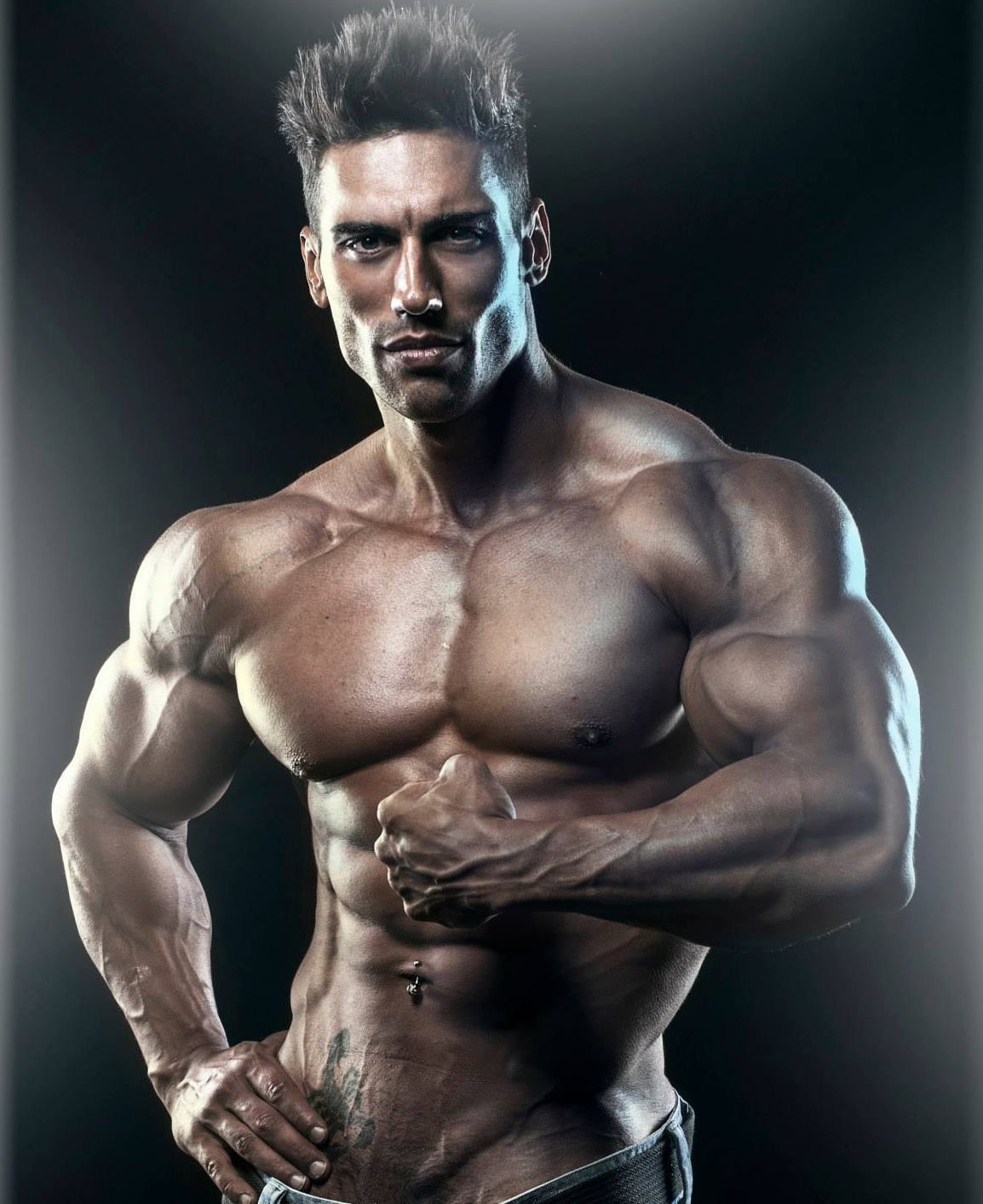 I opened the yearbook to another page. Instead of a grid of portraits - there was one portrait unashamedly splashed across one page. And if my little brother’s portrait oozed sexiness, this guy looked to be carved from marble of an ungodly masculinity. Smirking at me because he knew that anyone looking at his photo would always be too pathetic to handle him.

It felt as if the yearbook could barely contain the enormity of his presence and ego - that it would spontaneously combust and leave behind only a charred fragment of that sexy smirk.

I prayed Jon didn’t see how my hands were shaking as I looked down at the page.

Jon’s eyes wanted to look anywhere besides that photo.

“That’s Max,” he murmered with resignation.

Jon looked at me with guilt painted across his face.

“He spotted me going through the transformation a few months ago and um, threatened to tell if I didn’t give him a little ‘boost’.”

Jon shooked his head. “That’s not photoshop. I mean the lens flare is. But he looks exactly like that.”

“I mean, his skin is flawless… perfect. If you were standing beside him you would see no blemishes, no stretch marks, wrinkles or pores - just a perfectly even tan that highlights muscle. It’s kind of freaky looking. He doesn’t look human anymore.”

“Um, it started as a little boost… he was an overweight dork and he just wanted to look like one of the popular jocks at school. But soon he wanted a body that looked just as good as mine. And after that, well he was hungry for more and messaging me images from fitness photoshoots and constantly asking me to ‘tweak’ things. Add another inch to his bicep peak, remove several inches from his waist, enhance his cheekbones. ”

“And despite me telling him how faked up these images are, he insisted that he should look exactly like them.”

“And, er, the school thinks nothing of it?”

“I changed reality so that they think him looking like is completely normal.”

“And he just does the same as you? Change from boy to stud whenever he travels from home to school.”

“Uh, no. He demanded something a bit more powerful.”

He looked nervously at the contents of my desk.

“He also wasn’t originally called Max, his real name is Dwight but he really hated his old name - that took weeks for me to do, to rewrite 15 years of reality…”

“I think he gets a kick of looking like that while still sharing a room with his older brother,” he continued. “He claims his brother used to torment him for being a dork and now, well, they are technically twins now and he loves to rub it in how much more muscular and masculine he is compared to his jock brother.”

“The new reality couldn’t even attempt to fit his brother’s former sports successes. Living under Max’s shadow seems to have turned his brother’s destiny to become a simpering weakling.”

I glanced at the image of Max in all his awesome glory.

"And, um, one final question,” I continued, gazing at lust at the Adonis in the photo.

He looked at me reproachingly.

I flicked through the pages, studying the sexually-charged comments and blatant descriptions of steamy hunk-on-babe action scrawled across its pages. The hastily written phone numbers. The social media account handles. The desperate pleadings to keep in touch after graduation.

I was just finishing freshman in college and, thanks to my shyness and social awkwardness, had yet to even get to first base with another person.