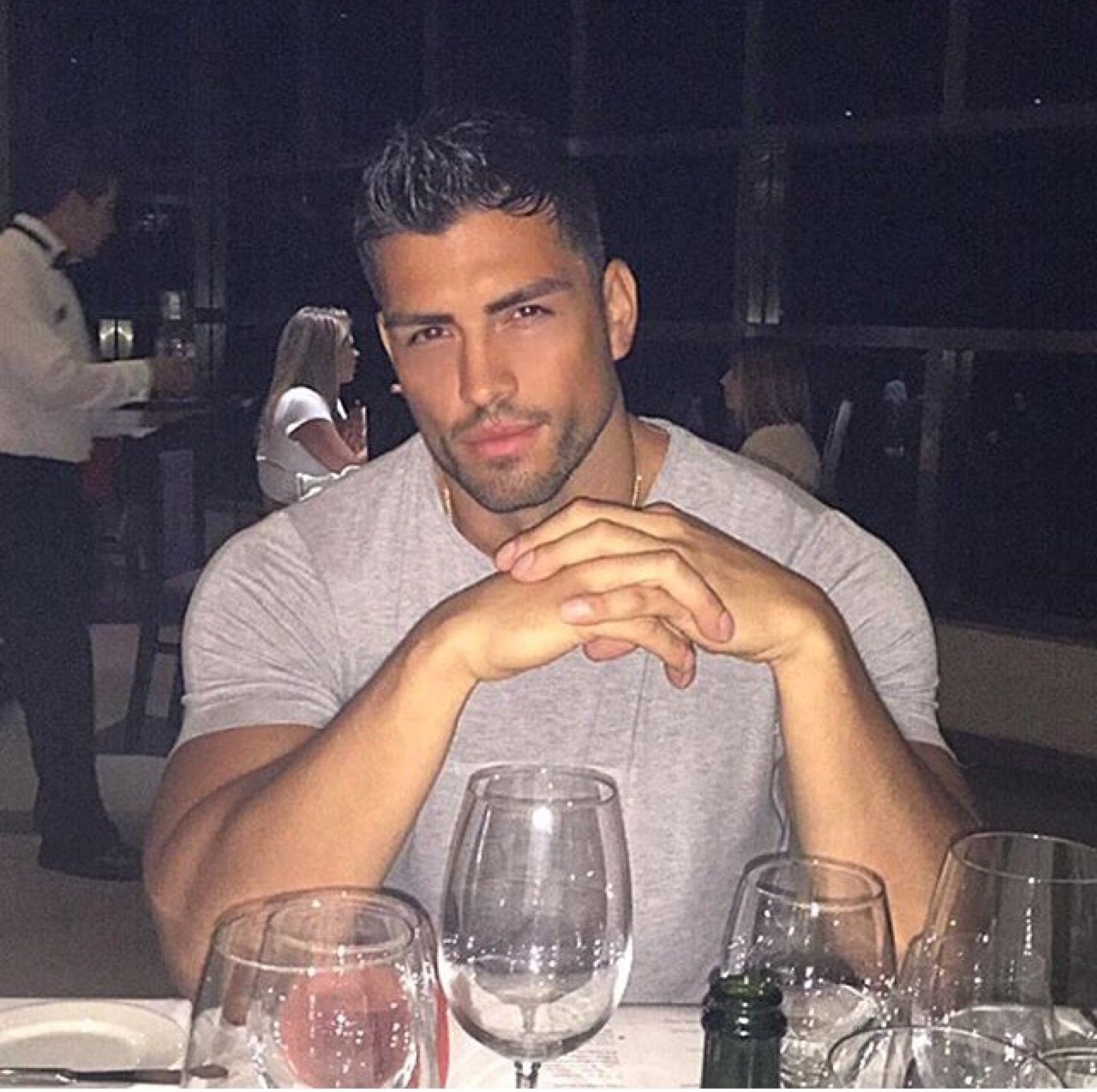 When Michael suggested we grab some dinner, I had assumed he meant to stop at a drive-in or order a pizza. I wasn’t expecting to find myself being dragged to a swanky-looking restaurant and to be seated at a romantic-looking table for two!

I glanced searchingly at Michael, and immediately blushed scarlet as he smiled confidently at me with his perfect, model-handsome face. I averted my panicking gaze downwards.

Was this a date?

Michael doesn’t date people like me! Hell, Michael doesn’t even date! At least, I know for sure he didn’t date before the accident. And since his transformation… well… let’s say he now dispenses with all the wooing stuff and jumps straight to the “physical” part of the relationship.

I suppose I had better explain what I’m talking about. You see, Michael wasn’t always this grade A of super-hunky beef. He used to be a dweeb like me - all spots and paunch, and terrified of socializing with people.

But then there was the explosion in the genetics lab of the Advanced Metahuman Sciences Building where he worked at and a few days later, my dorky roommate had woken up from his coma with a body of a Calvin Klein model and the strength of a titan.

Oh yes, the super strength. You may have mistaken my reddening cheeks for simple shyness over how hot Michael is, but you didn’t see him last week boast about how strong he was to everyone in the house and then smash a frying pan onto his beautiful face!

So now every time I look at him, I can’t help thinking of the non-stick metal mask of his square-jawed, smirking visage lying on our coffee table. Every time I picture it, I have a monster of an erection that I’m trying to hide.

The accident happened two months ago and he’s been fucking his way through every hot muscle stud in the city since. Judging from the revolving door of party boys entering his room, I’m nowhere near his crosshairs.

So, yeah, definitely not a date then.

I jumped, startled, as Michael reached out and held my trembling hand.

“Hey relax,” he said in an oddly soothing tone.

Damn it. I couldn’t stand it anymore, I just had to get it out of my system.

My super-suave roommate suddenly looked a little less sure of himself.

“Um, look - I have to tell you something,” he said looking around as if checking if people were in earshot. “But please keep it to yourself for now.”

He looked imploringly at me.

“The thing is… and please don’t freak out! I’ve been hiding something from you and the other guys for weeks. Er, I’m not just super-strong. I’ve got another ability too…”

He trailed off, nervously. For the first time in months, I could actually see my shy old roommate again.

“Yeah?” I asked, trying my best to give him an encouraging look.

“I can read people’s minds.”

He blurted out the sentence as if he couldn’t trust himself to finish it if he had spoken at a normal speed.

Now it was his turn to calm me.

“Stuart!”  he said as he gently raised my head with a super-strong hand, forcing me to look directly at his calm eyes. “Relax! I can only see your superficial thoughts - I can’t probe you for all your deepest, darkest secrets.”

He waited until I had drunk two glasses of water before continuing.

“So,” he ventured with a nervous smile. “The reason we’re here is that… Well, I honestly think you’re hot. I’ve been tying myself in knots thinking of asking you out for days and, um, I just decided a few minutes ago to just…. Well somehow get you here and…. Um… Try to explain it you as we went along… That kinda thing…”

There was a dead silence between us.

“What? Er… You find me… hot?” I replied shyly but incredulously.

“Yeah,” he replied, his hesitant smile suddenly gaining amusement at my response.

“Really?” I pushed, still a little shocked that he found me interesting.

He smiled at me warmly. “I honestly do.”

He started to massage my scrawny hands with his beefy fingers. God, it felt good.

“You know why?” he grinned.

I looked at him blankly.

He moved closer, giving me a conspiringly look. I could smell the strong scent of expensive cologne wafting from him.

“’Cos every night,” he whispered. “When I’m trying to fuck a musclehead party boy into delirium, my poor brain is being assaulted by hot images from the room next door. Visions of you fucking the shit out of me with a monstrous-sized cock.”

I could feel my cheeks burning hot.

“I can only read surface thoughts, remember?” he said, reassuringly. “When you’re orgasming over something - let’s say you may as well be much shouting into my ear.”

“Hey, hey, hey… don’t panic! Look at me. Read my lips. I find those thoughts hot as fuck! You think those grunts and growls from me every night were just from fucking some pretty boy in a one night stand? You turn me on like crazy all night long. Even better - seeing how you respond to the sound of my own orgasms? Fuck!”

“Look, Stu, I’ve been an idiot lately. Trying to chase down very bodybuilding douche in town. Fuck, half of them are only thinking of themselves when they ejaculate! Believe me, I know.”

“So you seriously have been fucking to my dirty thoughts all this time?”

“Yep, just as you have been fucking to my sounds. I’ve been denying it for ages - trying to think of it as some sick sex game I was playing. But fuck it, I now know that I’ve been gagging for you for weeks.”

I tried to look away with embarrassment, but he held my head in an iron-like, but kind, grip.

“Yup,” he smiled encouragingly at me. “We’re been both perving over each other.”

“And I’m looking forward to feeling that massive cock of yours split my ass wide open,” he added.

“What if I was imagining the big cock?” I asked.

“Trust me,” he replied with a laugh. “You can’t stop thinking of that beast all day. Anytime you have to adjust that monstrosity, you’re psychically screaming, ‘Look at me guys - I’m hung as fuck.’”

I started to babble.

I looked at his face. For some strange reason, he didn’t look like some overly-confidant, smirking jock anymore.

“I m-mean,” I continued. “I’m just going to spurt it all out after only a minute of…”

I kept staring at him. He also seemed to look kinder… more compassionate. Less arrogant-looking - more like steadfast.

He waited patiently for my conversation to putter out.

“Firstly,” he replied with an amused smile. “It’s called roleplay. We both know you can’t seriously out-dominate me if I don’t play along. We just have to imagine you’re raping the shit out of me and, believe me, you’re a Da Vinci at imagining things. Our imaginations are what’s going to make it so fucking hot.”

“Secondly,” he whispered as he leaned even closer. “Have you ever heard of a little thing called Cialis? It’s a big hit with the boys I’ve been partying with. You really think they all had the stamina to keep up with me? I’ve fucking superhuman, for fuck’s sake!”

Fuck! I could feel the monster in my pants stirring.

“Heh,” Michael chuckled as he stared down knowingly at where the table obscured my crotch. “This time I didn’t even have to make you think of that stupid frying pan!”