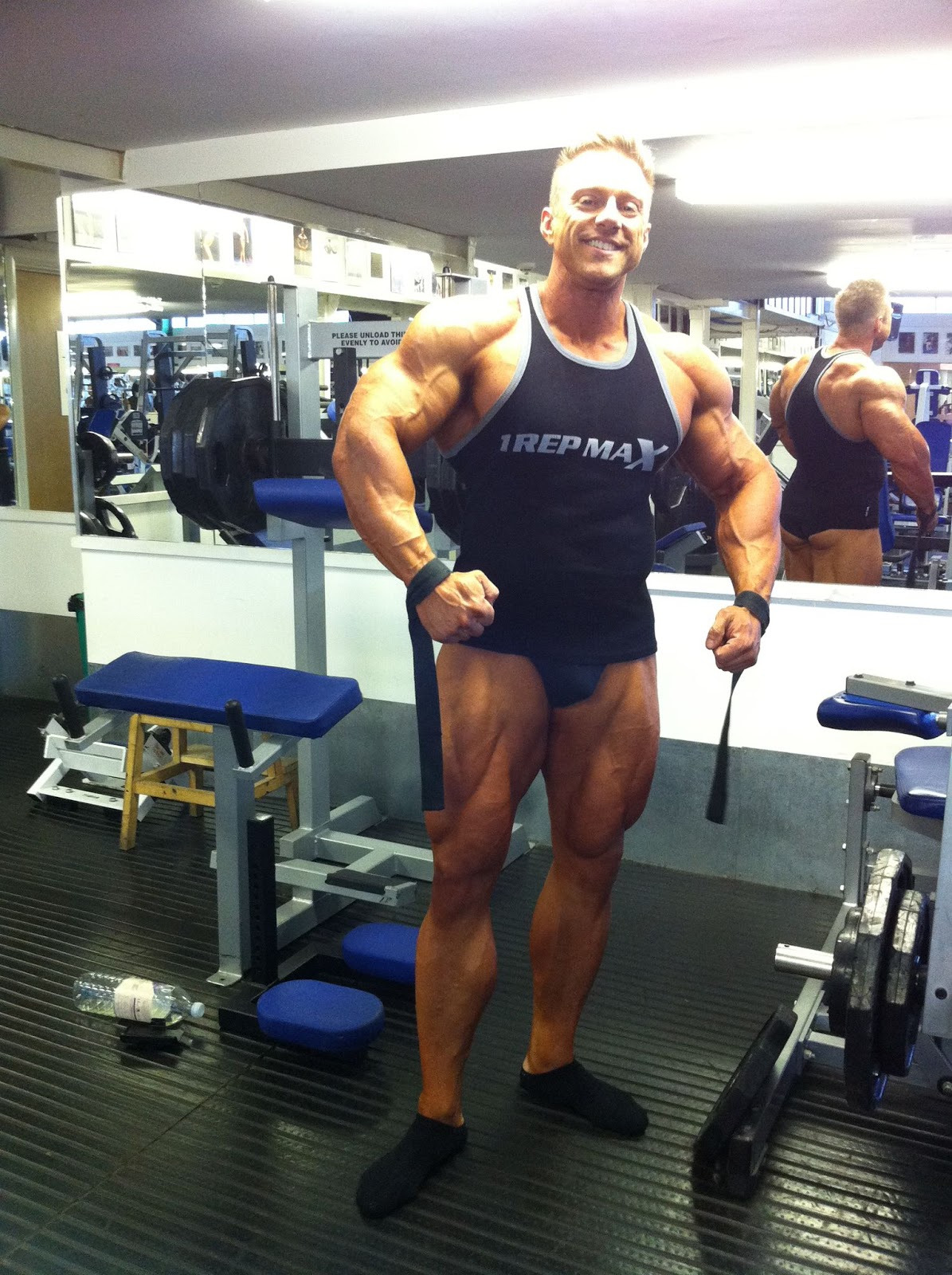 “So, do you think you could do this for me?” I asked tentatively, knowing full well his response.

“You know, if you had asked me that earlier, I would definitely have said ‘No way! Seth’s my new best friend - I wouldn’t do anything against him’,” he replied, admiring his new, massively muscular visage in the gym mirror. “But now…”

He turned away from the mirror to look at me. A cheesy grin was plastered on his face.

“But now… The very thought of that dweeby little shit nervously hanging around my bedroom makes me want to smash his dorky face in.”

He cracked his knuckles ominously.

“Wow,” he exclaimed with surprise. “I don’t why I’m suddenly thinking things like that - who would have thought suddenly becoming all buff and manly would change my attitude so much?”

“I’m to blame for that,” I said with a chuckle, as I owned up to my misdeeds. “See, I tweaked your personality slightly when I ‘enhanced’ you. Now you really love tormenting puny nerds and you especially love making Seth’s life a living hell.”

I gave the newly musclebound sucker a fake look of regret.

“But look, man, maybe I’ve crossed a line here - I mean, you only gave me permission to transform your weedy little body into a hulking frat boy. Not turn you into a bullying asshole! Maybe I should return your personality to normal…”

I started pressing a few buttons on the Chronivac.

“Don’t you fucking dare!” roared the new titan, veins bulging visibly as he roughly grabbed me by the scruff of my t-shirt and lifted me up to his eye level. “This feels so fucking amazing - I feel like I’ve got the balls to do anything I want. I never want to return to being that scared-as-shit dweeb again! Even if it means that I’m a sadistic cunt now.”

I grinned at his snarling roided face - I had finally made my monster.

He soon realized that I was just toying with him. He chuckled as he dropped me to the floor, secure in the knowledge that I wasn’t going to change him back, and turned back to his new favorite object in the whole world - the mirror. He started examining his new, shredded-to-fuck physique with shit-grinning fascination.

“Jesus, man this is so fucking intense - all this power and strength. And all you want me to do his fuck around with Seth? Damn - what the hell did that little turd do to you anyway?”

“Actually, he’s never done anything to me.” I explained. “I used to bully him like crazy even before I got this gizmo. Ever since elementary school. Now that I’ve got my hands on ultimate power, I spend my days bringing all my sickest fantasies to life. Seth just happens to be the chosen one for this particular fantasy.”

“You’re one sick motherfucker, you know that?”

“Oh, I know,” I said with a smirk. “So remember, big guy - you just keep acting as if nothing has happened and torment the shit out of him. Randomly accuse him of sniffing your jockstraps while you’re away from the dorm, or eying you up when you exit the shower - that sort of thing. Only you, me and him know you’ve changed - the rest of the world thinks you’ve always been this sexy, arrogant and cruel motherfucker. Make him think that you believe you’ve always been like this. With the Chronivac, I’ve given you the acting chops to pull this off.”

“You’re fucking crazy, man,” he laughed. “But I like it. I’m curious, though - why not just make me believe that anyway with that device of yours? Why the need for me to act it out?”

“I dunno,” I shrugged with a little embarrassment. “Somehow I just find it more fun knowing I’ve corrupted his geeky roommate into my fantasy.”

“Heh, well I’m glad you’re that sick,” he replied, flexing a massive bicep with glee. “I’m so going to love this! I can’t wait to see the terror on that little shit’s face when I stroll into the dorm looking like this!”

“Ha! You think I’m sick? I’m only getting started big guy! That girl he’s always hanging around with these days? Anne? I’ve just made her your own personal fuck toy.”

“Uh, I dunno man,” he said with a little hesitation. “She’s awfully nerdy looking and I fucking hate nerds.”

“Like you, she’s going to act as if nothing has happened - both of you are going to pretend that you’ve been both fucking each other silly for months. She’s agreed to treat Seth as if he’s some sort of sick pervert who is always gaping at her. She’s planning to tease and ridicule him on how scrawny and unmanly he is.”

“Man! He’s been trying to get the courage to ask Anne out for weeks - and she’s been shyly waiting for him to do. This is so going to kill him!”

“Ha, this is nothing. You should see what I’ve done to his little brother! He has sprouted up two feet, outweighs his older brother by 200lbs of superhuman muscle and plans to have half the women in their neighborhood pregnant within the next six weeks.”

“Anne and you are only round one. When he comes home for Christmas, he’s in for a big surprise!”