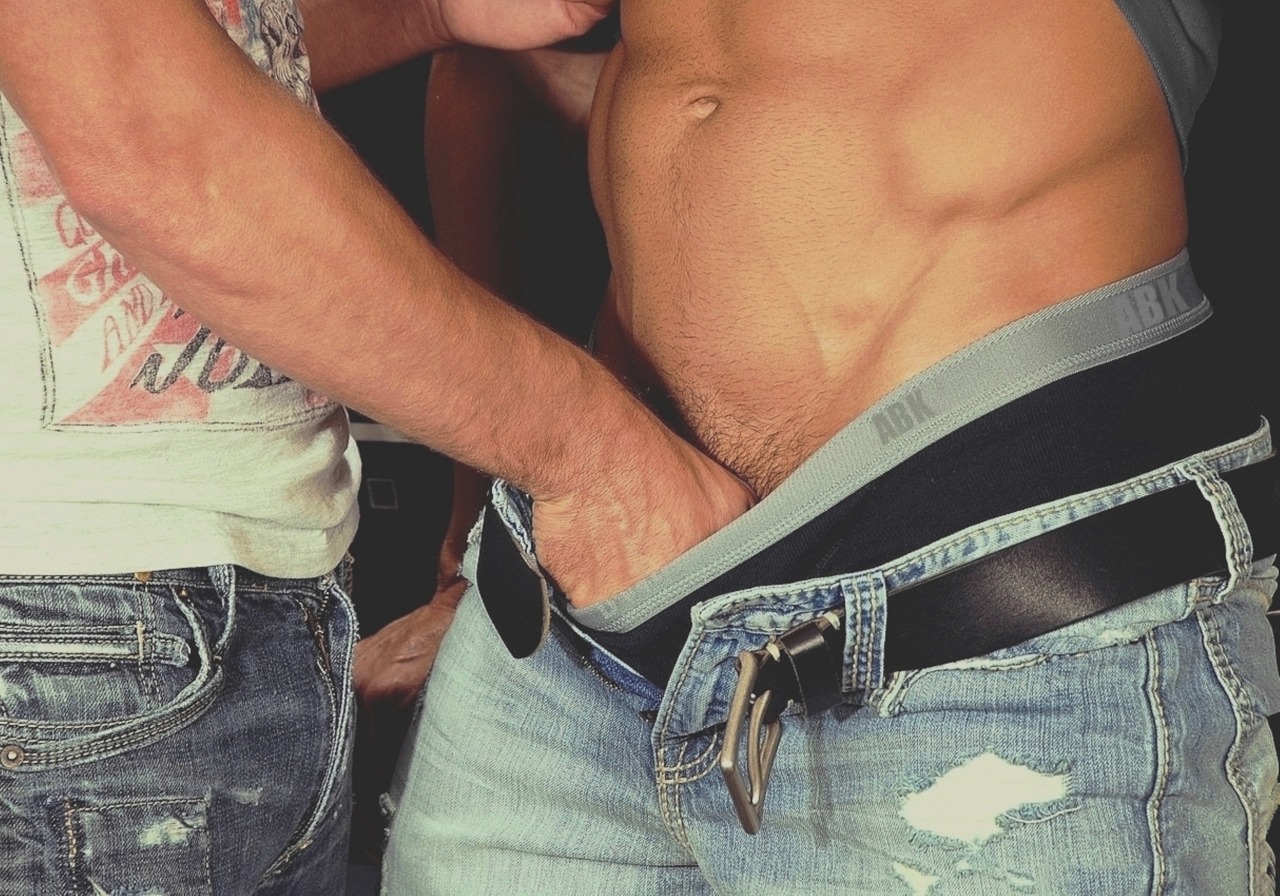 Uh-oh! He had been spotted.

“It’s Mark, isn’t it?” asked the counselor, as he eyed Mark’s prominent cock bulge with a suspicious stare.

The young man roughly undid Mark’s belt with practiced ease and rummaged around the muscle god’s crotch. Finally he heaved out a massive dong weeping with slick precum and two massive, overly-plump testicles.

“Christ, Mark, look how bloated you are! Why haven’t you gotten a Twerp Buddy to service you? You’ve been warned that all those pent up hormones are incredibly bad for your development!”

Then he sighed at the look of startled admonishment from the hulking jock.

“For fuck’s sake dude - you outweigh me by at least 30 pounds of pure muscle!” he explained with an exaggerated eye roll. “You are supposed to smash my head in for even thinking about trying to slap your face!”

“You’ve only been jacked up recently, haven’t you?” he continued, with an exasperated sigh.

“And you were?” prompted his questioner.

“Well congratulations on your new bod! The drugs certainly pushed you to the top 5% of the kids here. But we really need you to kick in those egotistical and ultra-violent alpha male tendencies that you’re so desperately trying to hide. Your parents haven’t spent a fortune for you to attend this camp so that you will still act like a little bitch back at home!”

He clicked his fingers and two puny-looking teenagers jumped to attention. They gazed, yearningly, at Mark’s leaking phallus.

“Here are Evan and Tyrone,” explained the camp counsellor. “They’ve just been through there own chemical metamorphoses this morning. Yesterday, these two were violent gym rats who would have eaten 80 pound wimps like your old self for breakfast. Now all they are good for are target practices for superior studs like you.”

He leaned in and whispered into Mark’s ear.

Five minutes later and Mark was a new man.

Thirty minutes later and one of the camp counselors’ needed to be hospitalized after one of the larger kids smashed the man’s head through a toilet stall for being a “disrespectful puny-ass bitch”.