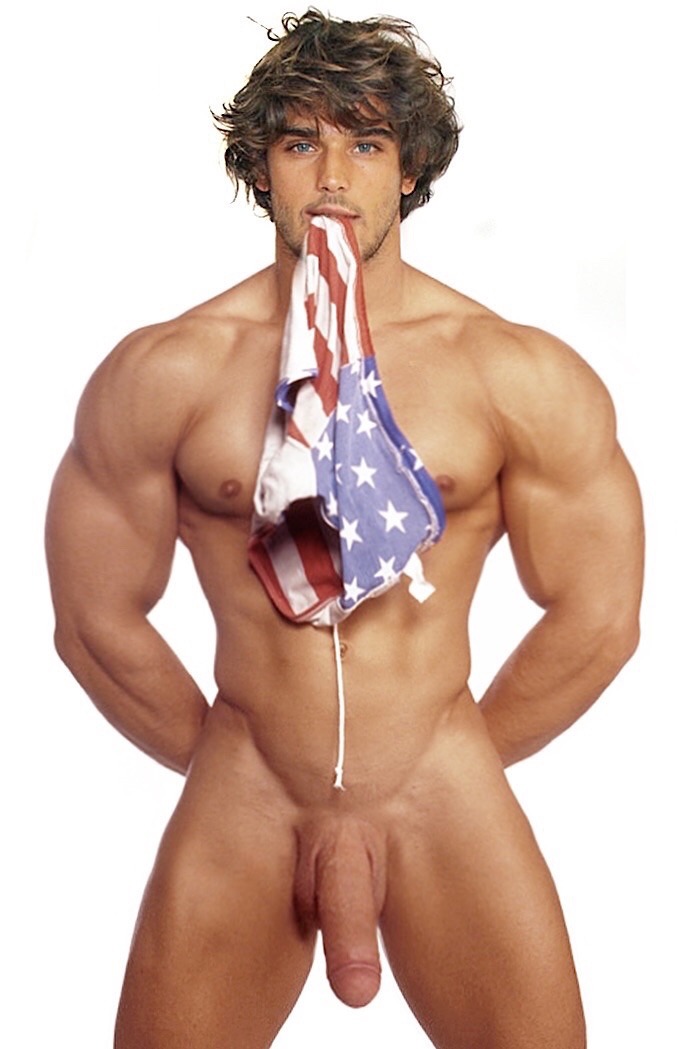 “Well?” asked Adam earnestly; his Stars & Stripes briefs sexily clutched between his perfect teeth as he ended his routine with a handsomely rakish smirk.

Internally, Miranda was living out her deepest and most wanton fantasies. Her pussy lips were yearning to be brutally ravaged by the muscular, naked pretty-boy looking hopefully at her. Her nipples were rock hard and chafing painfully against her bra; desperately seeking some rough kneading and twisting from a strong pair of hands. It felt like her whole body had just been rocketed by wave after wave of intense pleasure.

“Oh, yes,” he said, unceremoniously dropping the gaudy underwear to the ground. He bounded up to her bed, crashing down to his best friend’s side in his usual dorky manner — though now with about 130lbs of extra muscle added to his frame, with much more heft than she was used to. His cock still lay against his thigh, obscenely thick and way out there. “I’ve been practicing my moves in front of the mirror all weekend. Mr Branthwaite says that I have lots of potential, I just need to learn to how to move about all sexy and shit.”

She cleared her throat, nervously — trying not to wet herself from the musky aroma wafting from her closest buddy. “You don’t think it’s a bit weird that your boss has paid to have you transformed into a musclebound hunk? I mean you were only hired as an office boy a few weeks ago and now he’s suddenly decided to turn you into a stripper for one his clubs. Don’t you think it’s all a bit seedy?”

“Nah, he’s pure business. You’ll know that if you ever meet him. His strip clubs are all above board and very successful. The only reason he singled me out is because I happened to be a really underdeveloped guy. He likes his strippers to look fresh-faced and youthful and it seems that the hunkification process really accelerates aging in the face for normally developed people.”

He suddenly turned to her with a dead serious look on his face. “Do you think I should have my hair cut? I mean it looks a bit dorky and all. The other guys in the club seem to prefer to be fully shaved. They look pretty cool though — kinda like a hard-ass soldier look.”

“Don’t you dare!” she cried sharply, elbowing him in his sexy midsection. “Have you any idea how hot you look with that dorky tussle of yours?”

He suddenly gave her his most dazzling smile.

“What?” she asked suspiciously.

“Nothing. Just relieved to see the Miranda I know is still in there somewhere. You’ve been walking on egg shells ever since I got hunkified.”

“Well it’s a bit of an adjustment…”

“You know what?” he interrupted. “I think you are just scared to make your move, in case I wouldn’t be interested in you.”

She eyed him up suspiciously. Was she being made fun of?

He whipped up his massive bulk into a flurry of motion until he was huddling Miranda tight against his hardbody torso. One hand was gently holding her head even with his, while another was slowly massaging her hardening clit and moistening camel-toe.

“What are do doing?” she asked, simultaneously exhilarated and scared of what was to come.

“Finishing what I started earlier,” he replied as he carefully leant his lips to hers and, tenderly, diffused all her lingering doubts.