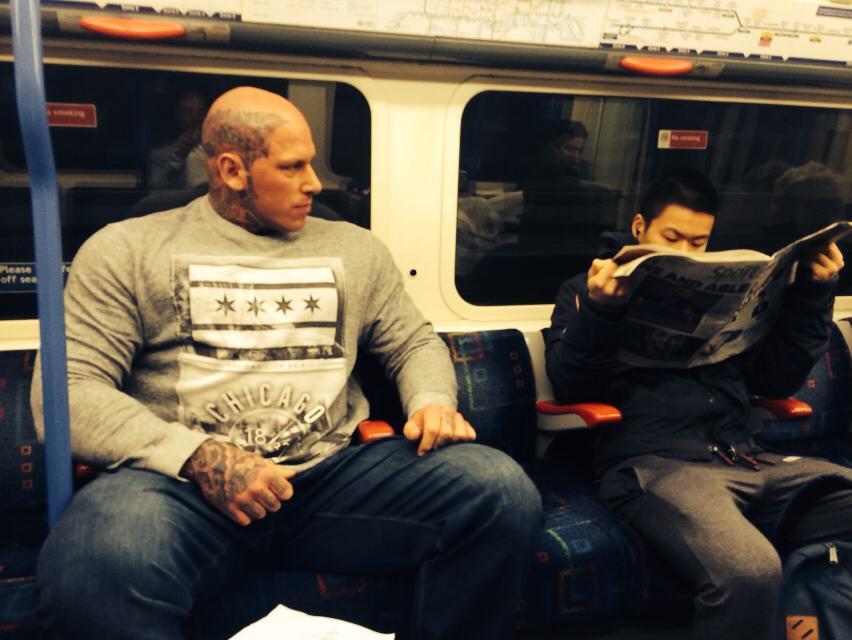 Calvin did his best to put on a friendly smile, but he had just spent the best part of fifty thousand dollars ensuring that his new face would piss the pants out of a hardened UFC fighter.

The best he could do was an intense stare - which was definitely not the look he wanted right now.

The young man being glared at just buried himself further in his newspaper.

Old Calvin, the shy little nerd, would have given up by now, but new Calvin now had balls of steel (or at least, the best surgically-inserted hyper-masculinizing testicles money could buy).

“Hey man,” he gushed at his travelling companion (or tried to - maybe the ‘Goosebumps-Vibrating Bass’ enhancement to his vocal cords was a bit overkill?). “I think you’re really cute and I was wondering if you would like to hook up with me some time?”

His would-be suitor shied away from Calvin’s booming voice - his newspaper quivering with fear.

So Calvin accepted the new, baser instincts that were bubbling like crazy inside his superhuman, brick shit-house body.

He leaned his indestructible jaw to his smaller companion’s ear while simultaneously ripping out his far-too-constricting armrest with absolutely no effort.

“Listen here, you little runt,” he snarled. “I can smash my foot through this floor and derail this puny train Hulk-style if I wanted. Everyone else here would die in a shower of blood and guts and my only worry would be the cost of my laundry bill. So it’s best not to get me pissed off.”

“Now, I’m going to be spending the night torturing and smashing the shit out of a roided-out thug who has made my life hell and it’s really boning up my anaconda-sized meatstick just thinking about it. I can’t help noticing that you’ve been trying to hide your own little hard-on since I stepped on. So, you’re leaving with me at the next stop and we’ll find a nice secluded spot where I can pound your hot-as-fuck asian ass. And if you behave, I’ll allow you to test-drive my new, rock-hard ass with your tongue.”

“That’s my boy!” he sneered encouragingly, ribbing the young man gently with a gorilla-sized elbow. “I can tell we’re going to be close buddies.”