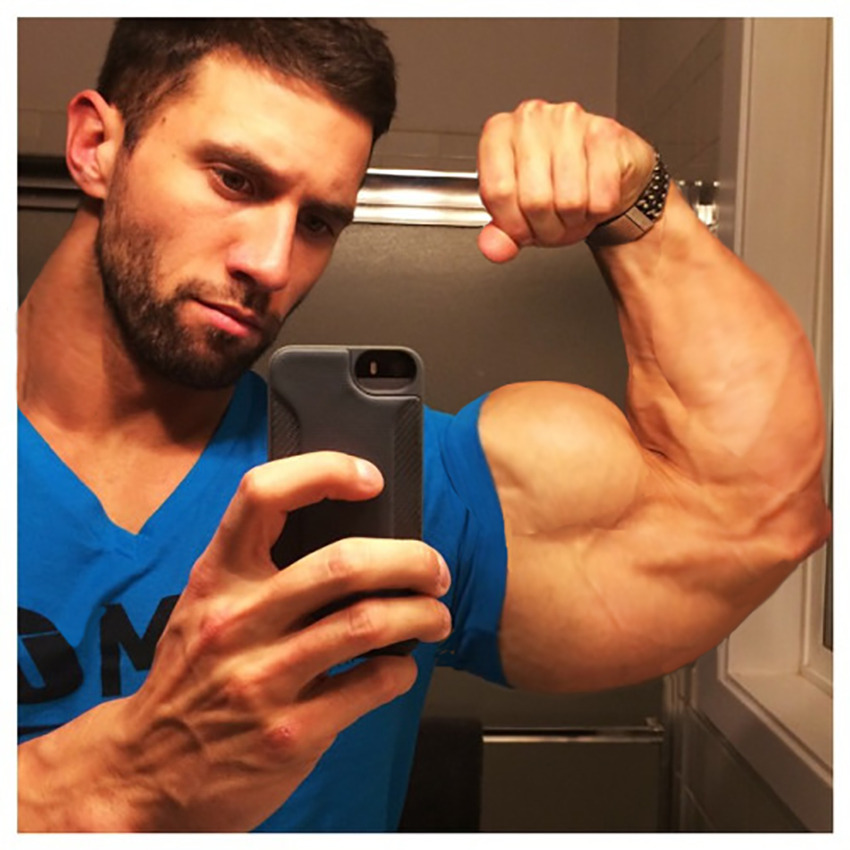 “Hold on a sec - Just posting an update pic.”

“Dude! You’re always uploading pics of yourself. You’re turning into one of those ‘mirin’ douchebags.”

“Ha! Actually I just do it to fuck with Kevin.”

“My ex. He left me complaining that I was just a ‘boy’ and he needed a ‘real man’ to satisfy him.”

“So he left you before you were chosen for the drug trial?”

“Yeah. He completely missed the window on that one. A month after leaving me, I was already 6 inches taller and had gained 50 lbs of grade-A beef. Now, four months later, I look like one of those fitness models he drooled over - but super-sized to fuck!”

“So you planning to take him back, if he ever crawls back to you on his hands and knees?”

“Shit, no! He’s so fucking scrawny that I’ld probably rupture something if I fucked him. It’s satisfaction enough to know that the twerp’s jerking off his little prick to my every update.”

“C’mon, he couldn’t be that pathetic!”