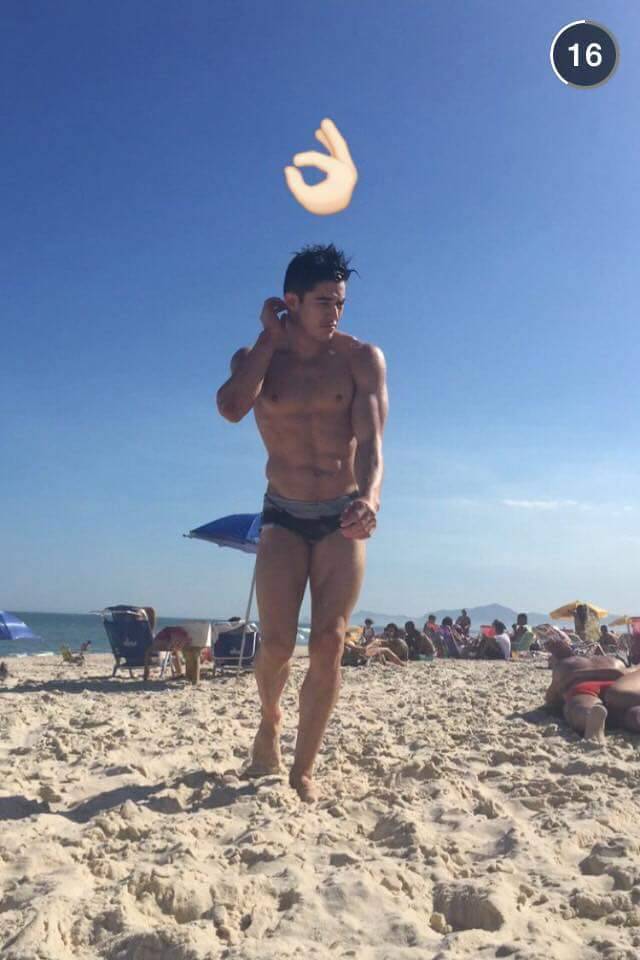 The previous five levels had been a breeze. It had been a stroke of genius on his part to head out to the beach. Although at only level 11 he could hardly be described as buff or even ripped, by that point he had become slightly more muscular than the average teenager and his face was just about cute enough to turn several young heads on the beach. That had been enough to get the experience points to start flowing.

The other beach-goers either gawked or sniggered at him as he strutted down the beach; his white, boyish chest sticking pompously out and a proud smirk etched on his nerdy face. Within minutes the XP bar quickly filled up and he had ‘dinged’ to the next level. Within two hours, he had quickly smashed through the starting area limits and had dramatically risen through the first meaty gains of the class. Muscle fibres swelled, bones lengthened, cheeks chiseled, skin tanned, teeth whitened and the bulge in his beach shorts grew just that tiny bit larger.

It sure beat staying at home, desperately trying to fill the XP bar by “mirin” his pasty wimpy form in the mirror. Sure, it was a proven way to use the Arrogant Peacock special ability of the Guido class and the constant grinding did see him through the first ten levels, but the real key to playing the class effectively was making a complete parade of yourself in front of a large audience. The ability was primarily designed as a passive area-of-effect attack.

When afternoon had arrived, he was finally sporting the physique of a seasoned muscle boy douchebag; attracting some lip-biting glances from quite a few hot 16-year-olds and a helluva lot of eye-rolling derisions from most of the older crowd.

Some judicious bicep flexing was now causing a barrage of critical hits, flashing the A-ok symbol like crazy in his neural interface as a nearby girl (or sometimes, guy) flushed with pleasure.

However, at level 16 it just simply wasn’t enough anymore. He had reached the point where abusing his passive ability wasn’t an effective strategy. The XP gains were minuscule, even with the boosted increase from the critical hits.

Now he needed to plan how to use the powers he had just unlocked in order to maintain his progress. He quickly skimmed through the skill trees, his still-geeky mathematical mind working out the best combinations to min-max his stats.

At the end, he decided to max out his new gear-based passives - which, in turn, should kick his shriveled Arrogant Peacock passive into the stratosphere. Of course, he needed to head downtown to buy all the gear he needed - a pair of designer shades, an obscenely tight speedo and a garish, overly-complicated tattoo of the Virgin Mary inked on his back.

But it will be all worth it just to get to level 30 in the fastest way possible. Then he’ll be able to branch out to the Roided Italian subclass and use it’s Snaps People Like A Fucking Twig mechanic. And that’s when, according to the beta testers, the fun really starts.

Another go at the weekly contest. See: https://muscle-growth.org/topic/6874-weekly-challenge-6/