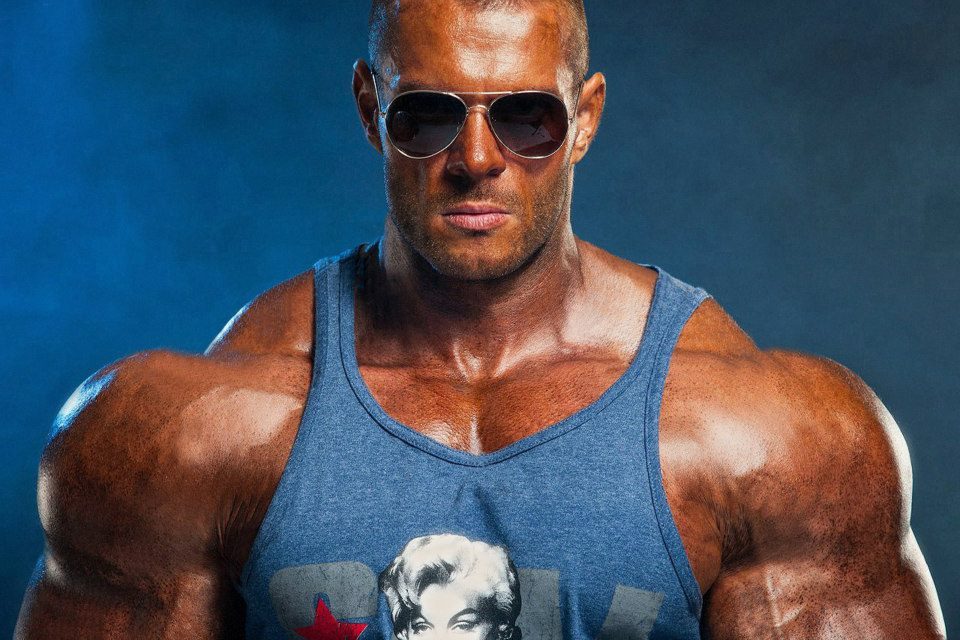 Another gigantic presence came into view. This time stomping right past Christian in a hurry, sending the hunky dealer flying off his feet.

It took some time for Christian to recognize the passing behemoth - it was one of his newer clients and he had last seen him two months ago when he had handed him his first cycle. His name was Alan Cresswell.

Except the last time they met, Alan had a gaunt, pale face, a barely noticeable chin and was physically unable to grow facial hair. The tanned brute that walked by him looked like that he chewed marble for reps in order to maintain that classic imposing-chiseled-jaw look and that he naturally produced a five o’clock shadow ten minutes after a clean shave.

Alan had been a short, sickly, scarecrow of a man. He was an accountant of a local firm who was always completely ignored and shunned by his bosses and colleagues. Needless to say his social life was also stuck in a humiliating rut and his sex life was nonexistent.

But after thirty years of being a subservient wimp, something inside him finally snapped and he resolved to do something about it. So one day a meek, dweeby accountant nervously approached the intimidating, sexily-muscled Christian and started dropping hints that he would like a little something to “pep him up” and make him “feel more like a man than a wuss”.

Christian concocted a cycle that contained all the standard muscle-building hormones to transform a scrawny toothpick into a sexy fitness cover model but added in some really heavy doses of Alpha-Juice. This drug was the business - it pretty much dropped a man’s balls hard, forcing him to become a sneering arrogant jerk. As far as Christian was concerned, Alan needed the biggest dose of liquid confidence he could get.

Well, that part of the plan had definitely worked.

The mountain of muscle that strode by could never be described as shy or timid. Perhaps “formidable” or “brick shithouse” would now be more apt. He cleared a path through the busy pavement by barking out orders or simply shoving people away with powerful nudges from his meaty arms. Most people simply took one glance at that cruel, sneering, handsome face perched on top of that 6’ 3” tall mass of steel-cable muscle and just shit themselves with terror.

From the sheer size of his muscles, Alan must have been doing what very few of Christian’s clients ever did - actually worked out while he cycled. Sure Tony was almost as massive as Alan and the only exercises Tony ever did just involved his cock, but Tony had done an additional two cycles in order to build up his bulk to freaky proportions.

Alan has always been meticulous about doing things properly by the book.

Fuck, Alan was so breath-taking hot now. Christian’s cock couldn’t help swelling up right to it’s obscene limit. Lewd images flashed into his mind of being savagely topped by this hulking bruiser of an accountant. Maybe he should ask Alan for advice about filing his tax returns?

Meanwhile Alan had started cracking his rugged knuckles one-by-one while his face was darkening with seething fury. Christian had no idea who Alan was planning to meet today, but he was definitely glad it wasn’t him. Alan was out for blood today.

And perhaps a good, old-fashioned angry fuck when he was done, thought Christian yearningly.

As Alan was about to disappear around a distant corner he smashed a ham-sized fist into a nearby lamppost, buckling it as if he had punched a soft drink can.

Though maybe after Alan had cooled down a little, amended Christian.