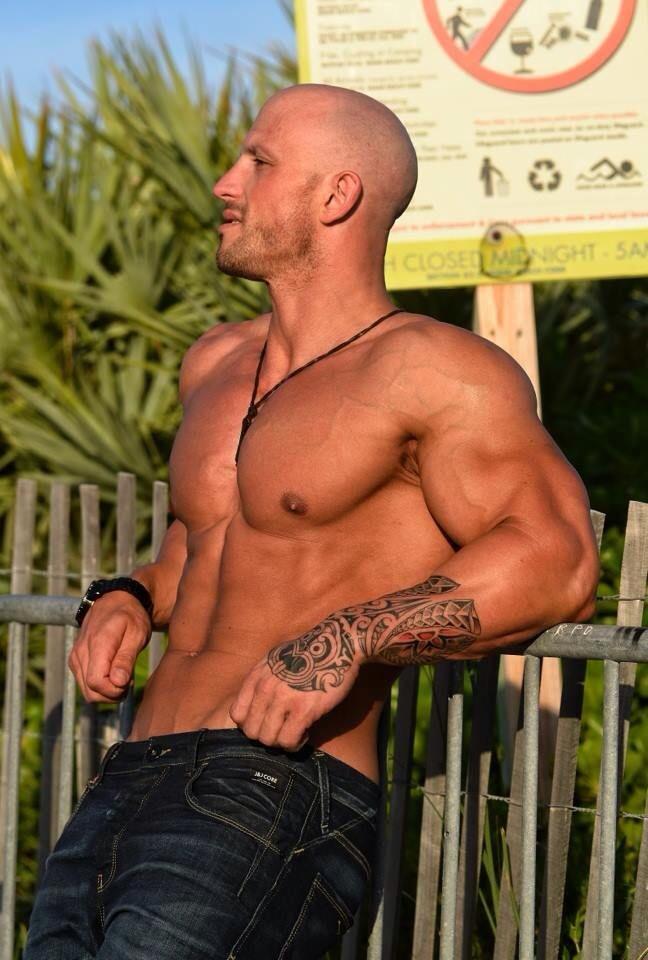 Christian leant back, casually flexing his lats and allowing his broad, ridged back to rest against the rickety fence. His hot and shirtless hardbody was now out in full display for all to ogle at.

Some passersby found his exhibition arrogant and vain but he had an ulterior motive for showcasing his hunky flesh.

He was simply advertising the results of his wares.

Christian was a dealer. Not of that mundane stuff, i.e. the underground watered-down shit being traded in sweaty gym locker rooms all across the country. No, he had found an unique lab that produced an assortment of chemical concoctions that could only be described as “comic book-like”.

These were the chemicals that every young boy imagines of when they first hear about steroids. Even the most genetically-ungifted wimp was guaranteed to experience a swift and miraculous ascent into Adonishood from just one cycle of these wonder drugs. And without any of those nasty repercussions that were associated with steroids too. No shrinking testicles, acne outbreaks, liver failure or even the need to exercise or eat clean food. You simply injected the stuff, sat on you ass all day and over the weeks watched your body slowly swell and harden into a manly sculpture of muscle and sinew.

Christian was making a killing with this stuff. Yet he was very particular about his clients. He refused to sell his products to jocks wanting to improve their football tackles or meatheads craving their next edge in the gym.

He preferred to deal with the “little people” in life - the dweebs and outcasts in society. He enjoyed playing fairy-god mother and witnessing their dorky lives do a complete u-turn as they embraced their new sense of masculinity. But in all honestly, he just found these type of transformations a huge turn on.

He spent most of his days just lazing about this fence, soaking in the sunshine and the giggles of approval from the passing ladies while he waited patiently for a bashful wuss to pluck up the courage to approach this intimidating-looking muscle stud.

Only the lucky few will eventually find the balls to approach him.