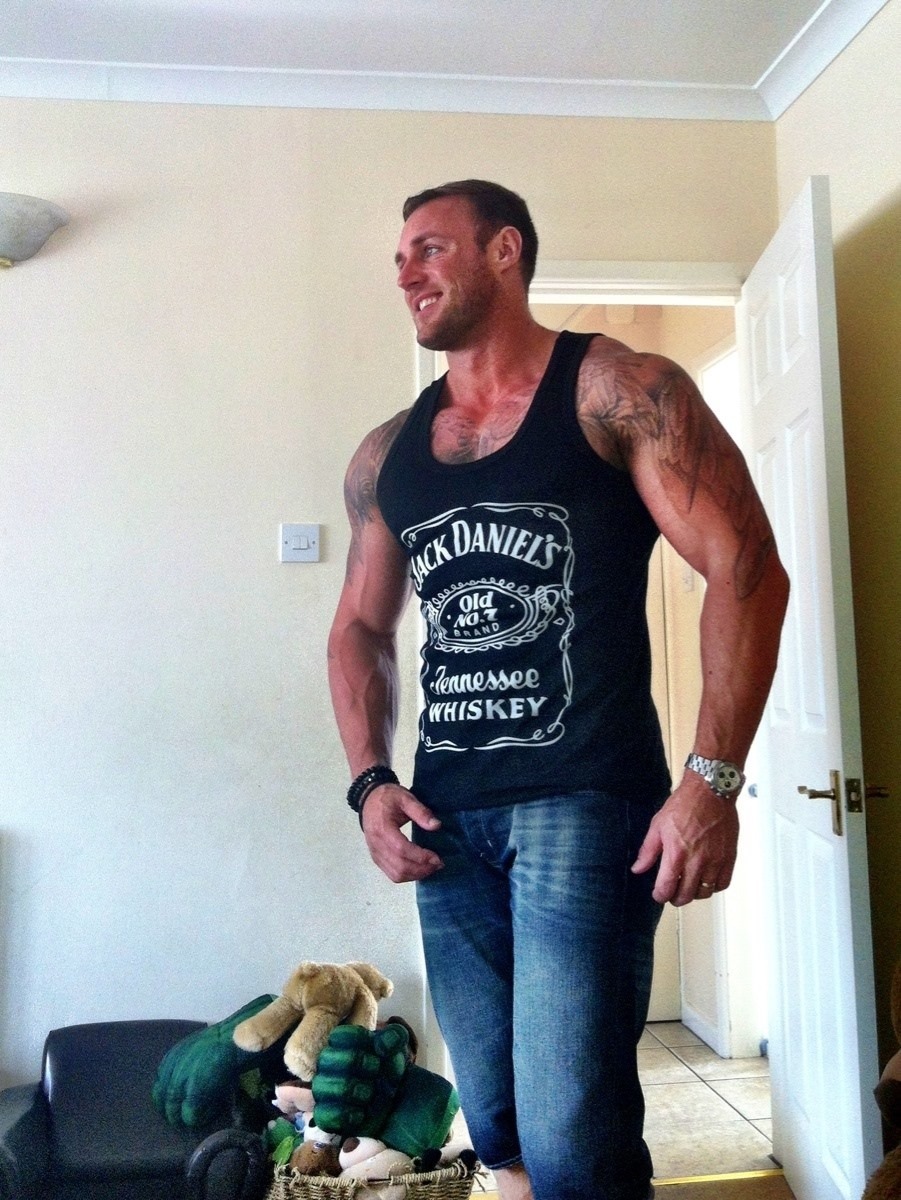 Jason entered the room with a radiant glow to his skin and a wide grin on his face.

“Well boys,” declared the jock with an overly-exaggerated fist pump. “I’ll say that it was a huge success.”

A gangly, bespectacled youth peered out from behind a laptop.

“I’ld say,” he agreed with a slightly nasal twinge to his voice.  “According to the Chronivac, Jessica just experienced eight orgasms in twenty minutes, including a double whammy that caused her to scream the house down. She only faked two, but her internal thoughts show that she acted them out to deliberately entice you to fuck harder.”

The geeky youth squinted at another part of the screen.

“Her current stats indicate that she still has a highly-elevated pulse rate and she is right now idly stoking her clitoris while dreaming about your ripped abs and hard chest.”

Jason’s grin grew even wider. He plopped himself onto an armchair, letting his sexily-muscled arms hang languidly to the sides.

“It’s these tats,” he explained with glee. “Her eyes nearly popped out of her head when she saw all this hot ink covering my shoulders and pecs. You could tell they were getting her pussy all wet! I knew it was worth all that time picking them.”

“Ray still not back yet?” enquired Jason.

“Are you kidding me?” replied Evan as he rapidly typed on the keyboard in front of him. “I’ve used the Chronivac to wipe his memory that he was supposed to meet us at his house and have been keeping him busy with tasks all over town. Do you really want him to burst through the door to find out we’re taking turns fucking his big sister?”

“Well,” said Jason with a shrug. “It’s not as if he can stop us. Not with these babies anyway.” He flexed his vein-laced biceps for emphasis.

“Still,” countered Evan. “He’s my best friend. I’ld rather we kept this little game a secret from him. You know, if he had been at home when we had arrived with the Chronivac, we would still be playing this game - just with someone else. Maybe a neighbor of his. It’s not his fault that he wasn’t here and his sister is much too hot to pass up.”

He nodded to the fat, pasty dweeb lounging at the distant couch. Evan pressed the enter button on the keyboard and suddenly the shy, fat geek on the couch was replaced by a tall and shirtless muscle stud.

Jason did a double take.

“Hole-lee shit! Is that really you, Milton?” he asked.

Milton got out of the couch and approached Jason in a slightly menacing pose. Evan had increased the confidence and testosterone of the normally-docile boy and boy, did it show.

Jason suddenly realized that the new Milton was taller and much larger than the newly-jockified Jason. For the first time this afternoon, he felt his alpha-male confidence slip away.

“Not bad, eh?” replied Milton in his new smooth and mature voice. “I don’t think I will need any of those wussy tattoos to reel in the girls with this sweet bod!”

“So, what name have you picked?” asked Jason nervously.

“Hah! I’ve decided to keep my old name. You all may think my name is nerdy, but in this reality ‘Milton’ is the name of this freaking hot muscle-stud.“

“You may want to rebrand yourself as ‘Jason’, but I for one am dying to hear all these bitches scream out my real name every time I plunge my 10 inch meatstick balls deep inside them. I want them to know that the super stud causing their insides to explode with pleasure is called ‘Milton’.”

“And I want them to relish and worship that name,” he growled, cracking his knuckles.

“You bet I did,” replied the brute. “Nobody can fuck a girl into submission like Nacho Vidal. The combination of Vidal’s characteristic poundings and this hot body, will take Jessica into a new stratosphere of pleasure. None of you fuckers will be able to keep up with me.”

He left the room with a deep chuckle and a predatorily look on his face.

Evan shook his head, unsure of what they had created. Jessica would be completed unprepared for the newly-spawned force of nature that was about to burst into her bedroom.

Or would she? Evan glanced at the Chronivac, noticing that Jessica was right now browsing Instagram, devouring every picture of the brooding and supersexy Milton. One of her hands was gently massaging her clit.

He smiled. Perhaps she was the most-prepared player in this game.