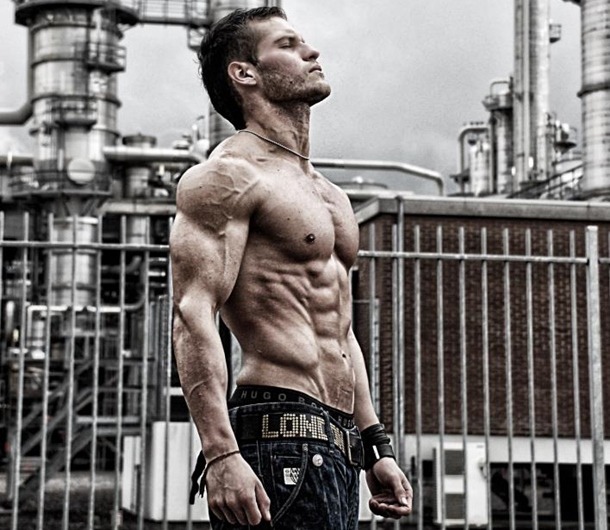 It wasn’t difficult to piece together what had happened to Eddie and Dustin in the old chemicals factory. The boys hadn’t bothered to cover their tracks; not too surprising considering how arrogant they were. It wasn’t long before Steve found himself in a dank room with an enormous vat of bubbling yellow liquid placed at it’s center.

Shreds of black cotton were gently bobbing up and down on the surface of the foul-smelling vat. Steve could just about make out the butch grimace of Hugh Jackson’s Wolverine printed on one of the soggy scraps, but the image was horribly distorted and distended. It had been Eddie’s favorite t-shirt, but the extra-small garment had been designed to cover the torso of a scrawny whelp. The light fabric simply couldn’t handle the stress of that scrawny whelp suddenly trebling in mass.

A black leather band was also floating among the flotsam. It had been snapped cleanly in two. Steve recognized it as the remains of the over-sized and loose-fitted wrist band that Dustin had proudly adorned around his bony right forearm. Steve shuddered at the memory of his old friend. Dustin now preferred to show off his bare arms with douchey sleeveless shirts. “Boney” is not a word that could describe the thick, brawny clubs he now wielded.

The last two weeks had been hell for Steve. His two former friends had simply sauntered into high school with the bodies of demigods and proceeded to rule senior year as it’s undisputed kings.

And, boy, did they fucking rule - the formerly shy and quiet boys had decided to become domineering and violent douchebags. They fucked their way through the hottest chicks in school, paraded their cover-model physiques for everyone to gape at and bullied the shit out of anyone they thought was inferior to them - which turned out to be pretty much everyone.

Principal Copeland had been useless in this sudden flip-flop of power. It wasn’t long before the rumors spread that the principal was no more than a fuck toy for the new super studs -  he allowed them to get way with murder in return for the occasional muscle worship session in his office.

But now the two dickwads had lost their sole advantage. Steve had finally tracked down their secret. With one simple plunge he too would be big and powerful. One little swim and he’ll be able to withstand their physical abuse.

He’ll be able fight back with an equal footing.

He’ll become the school’s protector. His tormented classmates will idolize him and all the hot girls will be all over him.

With nervous excitement, Steve took a deep breath and jumped into the icky liquid.

The new and vastly superior Steve stood outside the factory compound. He was meditating on just feeling the new sensations within his new body.

The chemical bath had done much more than simply strengthen him. It had cleansed his body of all traces of the timid little pussyboy that had entered the crumbling old building.

Steve finally understood what Eddie and Dustin were experiencing these last few weeks. The massive spikes of testosterone powering through his body. The feeling of those beautifully-veined slabs of muscle armoring his skeleton. The heightened sensations of having a massive log of a cock fill his pants and the overwhelming libido to go with it. The revelling in the knowledge that he was a fucking god among men.

Fuck all that nonsense about making a stand and protecting those puny little shits - Steve was a grade-A alpha male. And right now this alpha male really needed to find an audience to show off his hot, beefcake body. Then he would then find a few weakling inferiors to harass and, finally, get fucking laid.

Thank God school was set to start in an hour! It was about fucking time that he joined in all the fun!

Fuck, he hoped Copeland was as good a cocksucker as the rumors claimed.