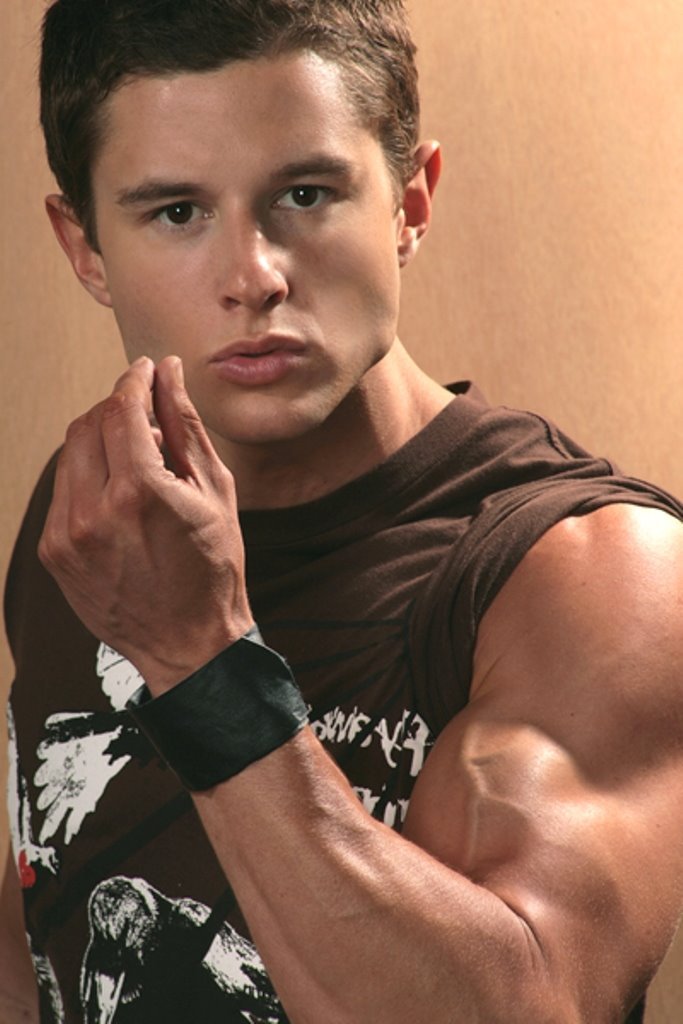 Freddy answered the door, only to be sent flying back into the hallway as an angry musclebound jock barged into the apartment.

The intruder cornered Freddy to the back of the corridor, sneering with scorn as the terrified skinny college student backed himself against the wall. Freddy’s jaw dropped to the floor as he got a close look at the muscle god’s face - it was Callum. Except Callum’s flabby double chin had been replaced with a hard and very sexy lantern-jaw and his soft, rotund body had been transformed into an imposing piece of sculpted brawn.

“Do you know the hell you made me go through?” asked Callum through gritted teeth. “After you left me, I spent weeks crying my eyes out into a pillow every fucking night. Wallowing in a soaking pillow with the thoughts of you and my pathetic excuse of a life.”

“Eventually I had to turn to a doctor for help - the best decision I ever fucking made.”

“It turns out that a good relationship needs to have a strong person in charge. The top dog. The alpha male.” He flexed his arm into a mass of hardened steel and casually lifted Freddy off his feet.

“We were simply too accommodating with each other’s needs.” he explained. “Both of us were acting like a bunch of pussies swapping between top and bottom, trying to appease each other and never getting any real pleasure.”

“The doctor had the solution to all my problems - he prescribed me some experimental little pills that were designed to fix that imbalance in a relationship.”

“And what can I say? Those little pills did the fucking trick! In the past three months they’ve transformed me from a tubby slob of lard into this awesome stud of manliness standing in front of you.”

“Now, with my egg-sized testicles pumping super-charged testosterone into my body, everything is so much clearer to me. Life is so much simpler now that I have the balls to reach out and get whatever I God damn want.”

“I make the decisions now, wimp” he growled into Freddy’s ear. “And I’ve decided that you can only leave this relationship when I fucking order you to.”

“From now on,” he sneered. “I’ll be doing the fucking while your pert little ass will do all the accommodating in this relationship.”

“But we will celebrate this sweet reunion with me face-fucking you with my brand new nine-inch cock. You will choke on it. You will gag on it. But above all, you will get off on it.”

The muscle stud clicked his fingers and Freddy dropped to his knees, finally embracing the new stage of their relationship.