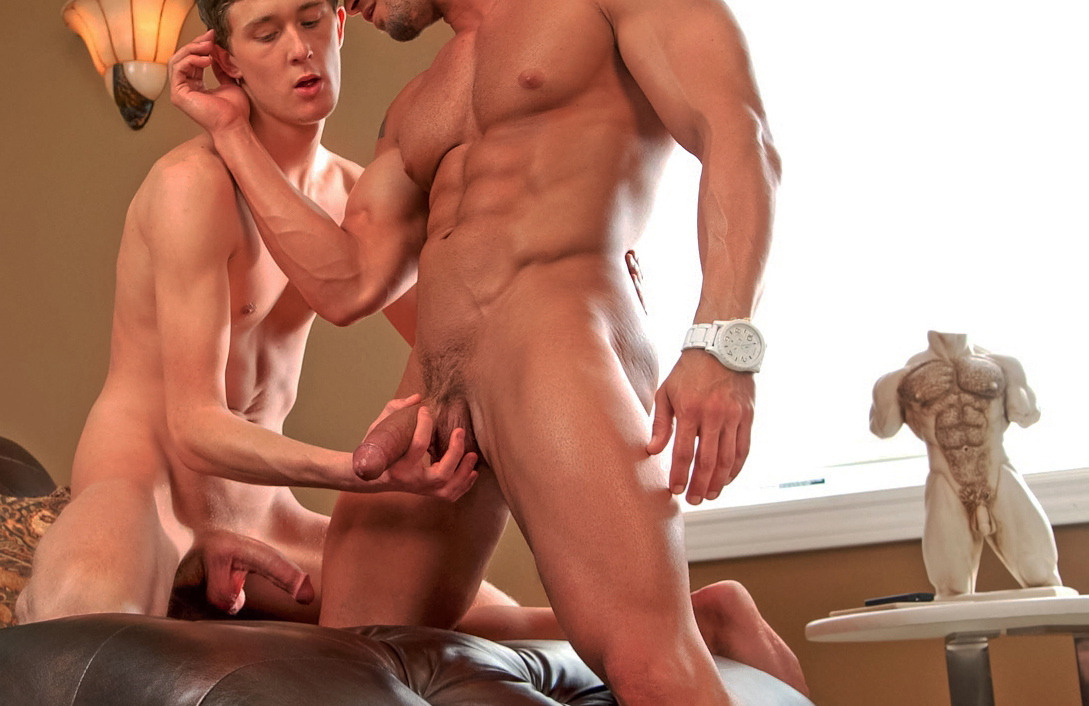 Pierce couldn’t hold out any longer, he was desperate for more of the hormone and his dealer refused to budge on his offer. He had to accept it. Defeated, the skinny boy undressed himself, settled down on the grand leather chair and gently caressed his dealer’s cock with a boney hand.

The muscle stud smiled down at his new toy; nustling the puny nerd against his hard, sexy physique.

“You know,” he explained. “I do have a strict rule of being the supplier rather than the customer. But after witnessing your results, I really had to try out the stuff for myself.”

“I mean, fuck, who could blame me?” he asked, flexing a beautifully-veined bicep with a triumphant grin.

“I’m only taking one quarter of your dose and already I feel like a mighty warrior. I can feel the power coursing through my muscles as I speak, feeding every cell in body - remaking me strong, sexy and cocky as hell.”

“Fuck, I really can’t begin to imagine the power that you must have felt.”

“What were you, 6’ 7” ? Every inch of you was a pulsating shell of superstrong muscle. You didn’t even look human anymore - you were a fucking beast.“

”I attended your last game - heck everyone in town was there. The news had spread fast of the miracle kid, more muscular than Schwarzenegger, who had came out of nowhere, joined the high school team and was causing mayhem in the field.

“I sat there watching you mow down the opposition. Those huge steroid-abusing monsters didn’t stand a chance against you. They were like sandcastles trying to stand strong against a tidal wave.”

“Yeah, a tidal wave. That’s a perfect description. You were a fucking force of nature.”

“I knew then that that monster of a man was the same timid little boy who got me to track down a specific hormone for him two weeks back.”

“If only they could see you now, a scrawny wimp willing to debase yourself for another shot of glory.”

“That’s it boy - choke on that nice fat cock. You’re getting really good at this. I suppose you’ve picked up a few tricks from forcing your team mates to swallow your own monster dick.”

“What? Don’t look at me in shock! You didn’t think those rumors could reach me? It’s one of the main reasons for our new arrangement! The thought of forcing the super alpha male who gets to fuck the entire football team to worship me has been keeping my dick rock hard every night this week.”

“Well, I keep my promises. You’re an excellent cocksucker and I will be sending you your next batch of the hormone.”

“Maybe next time you’ll approach me before you run out? Tell you what - if you suck my dick when you are in full badass muscle god mode, I’ll promise to throw in some extra vials for free?”

“Now, start worshipping my sexy brick-like abs you pathetic shrimp - I didn’t say you were finished yet!”