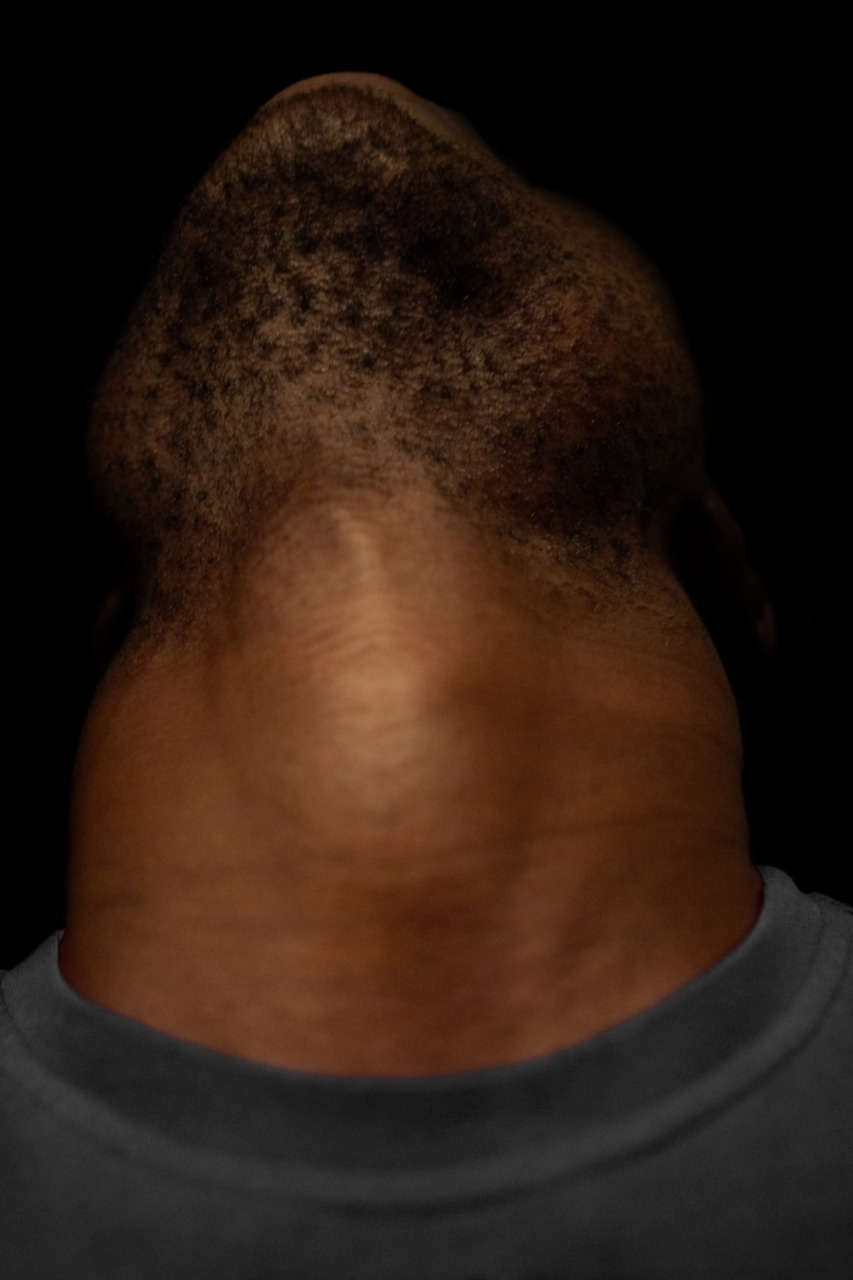 Alan felt his head forcibly snap back as his body entered the final stage of the transformation. His once graceful and slender neck suddenly erupted into a rugged column of craggy brawn. His boyish moans cross-faded into loud, masculine bellows as his minuscule adam’s apple swelled out and hardened. He could feel the wondrous serum inflate his hallow cheeks and weak chin with sculpted beef, rewarding the newly-forged muscle man with a lantern jaw that could chew through old leather.

He felt an itching spread across his now-manly jawline as it cultivated a thick and coarse forest of hair. Up until now, his weak hormones had only allowed him to grow a wispy goatee - now he knew he would never again have a problem growing a beard.

He also knew from the warnings of other users on the bulletin boards that this sexy dark stubble was to become his new 5 o’clock shadow. He remembered the posts of post-transformed guys boasting of how their female coworkers, already visibly turned on by their colleagues’ overnight muscle growth, were driven completely over the edge when they witnessed their clean-shaven square jaws slowly grow thick, grizzly and manly throughout the working day. Many lucky users attributed the beard alone for losing their virginity.

Fuck, he was now turning himself on. He was now fantasizing over the gorgeous Andrea from work dragging him into the supply closet - her silky smooth hands caressing his powerful and masculine jaw with awe. His newly-magnified cock unleashed another volley of thick spunk at his full-length mirror - Alan could hear more glass shatter from it’s impact, adding to the triangular shards strewn across the floor in front of him. He had ejaculated many times over the coarse of the transformation.

Fuck, he needed to rub out another one!