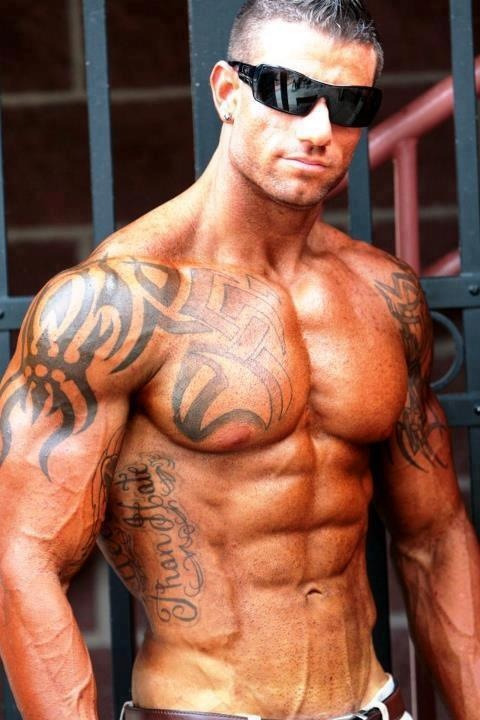 “Shit, if it isn’t Professor Patterson! I haven’t seen you in fucking ages, man. ”

“I’m sorry,” replied the man, bewildered that such a gorgeous hunk of chiseled perfection would claim to know him. “I really have no memory for faces. Are you a past student of mine?”

“I know, right? Hard to believe that such a disgusting lard-ass could ever become this sexy specimen of studhood?”

An animalistic grunt escaped the massive studs lips as he flexed his arms into two perfect displays of veined masculinity.

The professor could feel his dick stiffen.

“But I last saw you six months ago!” protested the older man. “You were still your old self. How the hell could you lose all that fat and grow so much muscle? It’s impossible even with steroids!”

“I have you to thank for this, Professor,” replied the muscle god with a knowing smirk as he fondly caressed his washboard abdomen.

“Yeah, you.” The adonis shrugged his massive shoulders. “Well… your research really. I was working late nights a year ago, using your prototype dimensional viewer like the good little researcher I was and noting down any alternate Earths that could be good candidates for study.”

“Then I discovered an Earth that really made me sit up and notice.”

“Fuck, the images looked so sweet from the monitor. Humans from this dimension were extremely tall, muscular and well endowed. Society was all about fighting to be the dominant alpha male of the local community.”

“I managed to track down my alternate self in the viewer. You know what? Instead of a pimple-faced lab assistant, I found a bronzed muscle god ruling over a large tribe. He spent his day fucking his way through a group of slave girls and raping the man-holes of his would-be challengers.”

“Pretty soon I was entering the same coordinates every night and beating off my pathetic shrimpy dick as I watched my alternate self act out every male’s secret fantasy. I kept the coordinates to myself, embarrassed that I was getting off to this stuff.”

“I soon got really jealous of ‘Jeremy the Barbarian’. Why the fuck did this idiot douchebag get rewarded a life of muscle worship and sex while I, who devoted my life expanding the limits of science, was all blubber and acne?”

“So I secretly worked on your dimensional hopper, accelerating its development to within six months. I knew that you had planned to start human trials in about three years time but I didn’t give a shit. I wanted to experience the feel of ‘body-hopping’ with my beefcake twin right there and then.”

“Once I had done my modifications, one night I activated the prototype and waited and waited. I truly looked pathetic that night; a greasy-haired lonely nerd sitting in a dimly lab watching a flickering monitor, while jerking off his little dick with pent-up excitement.”

“When I had stopped ejaculating, my tiny prick had morphed into  this fucking powerful column of cock meat.” Jeremy crudely grabbed a massive tube bulging out of his crotch with a meaty hand. “Fucking best orgasm I have ever had.” he boasted to the professor, flexing his manly upper body with pride.

“The new Jeremy the Barbarian didn’t last long in his own world. One of his underlings quickly pulverized the puny sack of shit into a streak of blood, fat and guts.”

“Now all I crave these days are pounding sweet pussy and beating up stupid jocks and what better place for me to mark my territory than in the university campus?”

Jeremy gave his former professor a hearty slap on the back and left his company. The professor watched the former reclusive geek confidently swagger into the nearby sorority house armed only with a cocky grin, a shirtless superhero-like torso and an obscene cucumber-sized cock bulging out of his skin-tight jeans.