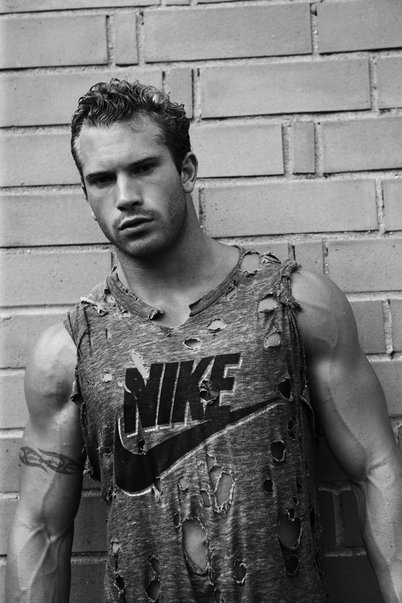 Things had turned really sour in our neighborhood. Duncan, a close friend of my brother, had been mercilessly trashed by a gang of thugs on his way to school. The underdeveloped teenager didn’t stand a chance against the violent and possible steroid-popping twenty-something-year-olds and had to be hospitalized for his injuries.

Now the rest of Duncan’s friends, all of whom were also puny weaklings, were expressly forbidden to travel without adult supervision. I was assigned the job of supervising them during the school walk.

The trial run was this morning.

Firstly, there was my brother - easy to pick up as we lived in the same house. Bryan was his name and he was a decent little kid, though he was very impressionable and easily fell for tall tales and silly gimmicks. I had a tendency to call him “kid” and “squirt” but the age gap between us was really small. He was just a late bloomer and I was all for gloating at him about our huge height and weight differences until the time will come when he will finally catch up with me. I wouldn’t be a respectable big brother if I didn’t.

Then there were Michael and Sebastian, the computer geeks. They lived next door to each other and were pretty much inseparable. They spent most of theirs evenings glaring through their owlish glasses at flickering computer screens in darkened bedrooms. Their pasty faces always looked startled and completely out-of-place while outdoors in the sunshine. Their houses were several blocks away from our house, giving me and my brother a nice and leisurely walk by ourselves.

When we finally picked up the computer geeks, they immediately took out their 3DS consoles, put on their earphones and walked beside us emotionlessly with their eyes transfixed to their little screens. I shook my head in disbelief. I have no idea how Bryan or Duncan could ever have a decent conversation with the pair without them getting distracted by a passing LCD screen.

Finally, we had to pick up Jeff.

It wasn’t that the walk to Jeff’s was really long or particularly dangerous. I just found Jeff to be a really exasperating kid.

Jeff was the traditional mischief-maker of the group, always making overblown plans that would backfire on himself and always dragging the rest of the gang into his messes. Like the others, he was pint-sized and had the physique of a scarecrow. In the past few months however his hormones had really gone into overdrive, gifting him with some really disgusting acne and a raging libido but, sadly, no noticeable improvements to his boyish physique.

I spotted Jeff waiting by the corner store. I sighed with relief. At 6 foot 2 and with 230 pounds of rock-hard powerful muscle, Jeff would see to it that any trouble heading our way would become instant mincemeat.

The young muscle stud was leaning against the brick wall, doing his best “hard man” glare and scowling menacingly at passersby. He was unashamedly wearing a tight-fitted sleeveless top with some obnoxious fake rips and holes torn into it. On anyone else, the top would look completely stupid but Jeff somehow managed to make it look masculine and sexy. Knowing Jeff, he had picked up some phone numbers from some choice hot women while he was putting on his don’t-mess-with-me routine this morning.

Unfortunately for me, he was as straight as you could possibly get and he had obviously no problem attracting girls. Still, there was nothing to prevent me from enjoying the view this morning.

Bryan and the boys were completely shocked at the sight of Jeff, their eyes popped right out of their heads. Incredibly, the computer geeks were rapidly packing up their prized handhelds and were whispering excitingly at each other.

Their reactions puzzled me, did they think he had suddenly grown a second head or something? Jeff frantically sent them the universal hand gestures for shut-up-and-I’ll-explain-later and the boys suddenly acted as if everything was normal.

I pretended not to notice. Still I couldn’t help wondering what the little gang were up to. Was another of Jeff’s half-assed schemes being put into operation without me knowing?

Needless to say with Jeff accompanying us, I was now completely relaxed. I wouldn’t consider myself anywhere close to being a jock, so having the school’s star wrestler hanging around the boys every day was a huge boon.

Not that I couldn’t overlook his faults. The arrogant jock was flexing his impressive muscles at the boys every few seconds. During some of his he-man poses, he couldn’t help snapping out of his cool and confident persona and giggle like a dorky kid who had only just discovered he had muscles. I rolled my eyes at his antics.

Although he was a few years older that the boys, he was just as childish and nerdy as they were. It’s no wonder he had become real close friends with them. The only difference separating Jeff from the rest of the group was that while the others played Dungeons & Dragons during the evenings, he was sure to be pounding some hot chick hard in the ass with an over-sized cock and a winsome smile.

I know that because he had no trouble boasting about such conquests during our walk to school.

I had originally thought of him as being a bad influence to my brother. But maybe with recent events, the jock will encourage the boys to take up some exercise and learn to defend themselves. They did seem to be oddly preoccupied with his flexing sessions throughout the morning walk. Almost as if they had never seen Jeff’s huge muscles before, so who knows? Maybe they’ll be clamoring to join the gym in the evening?

By the time we arrived at the school gates, the bell rang.

I couldn’t help noticing a mischievous grin creep onto Jeff’s handsome face as I left the underdeveloped nerds in his care. Maybe he was about to tell them another obnoxious sex joke? I sighed with exasperation.