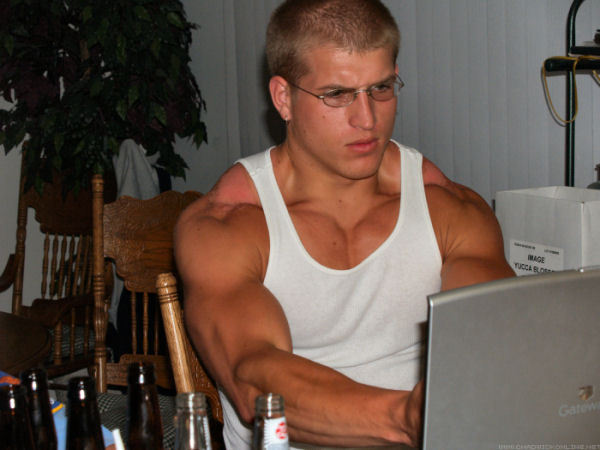 Simon couldn’t believe the bullshit he was reading on the forums. The skinny pussies were eating up advice from “natural” bodybuilders, ignoring the tale-tell signs of steroid abuse from their mentors.

They were all exhausting their fragile little bodies trying to follow their idols’ advice - doing heavy compound liftings and paying through their noses for powdered nonsense. All the while their “clean” and “healthy” heroes were probably shooting up on roids, eating fast food, partying every night, fucking big-titted sluts and breezing through their sets in the gym.

None of these pathetic bitches knew the first thing of bodybuilding. None of them had seen how a few vials of testosterone had transformed Simon from a meek weakling into a mighty warrior. None of them had witnessed his transformation from a several cycles of trenbolone - watching each day as the magical chemical sculpted a hard adonis body out of soft shapeless clay.

In time, they will either give up or wake up to what’s really going on. Fair enough - the more naturals there are, the more the pussy will flock to real men like Simon.