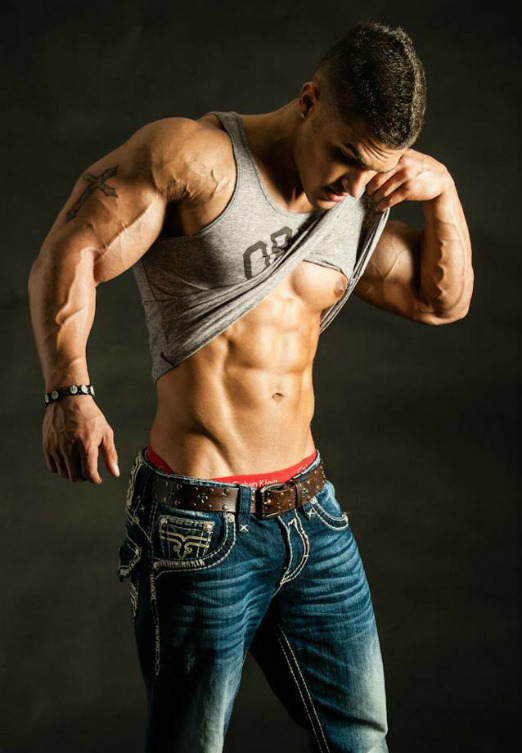 It had been eight months since Brock’s intervention and the gym rat had been true to his word. Brock’s cousin delivered nothing but the highest-quality pharma-grade Testosterone, Human Growth Hormone, Masteron and Trenbolone to the impressionable youth. Thanks to these sweet little vials the former pussyboy has been molded into a magnificent muscle stud.

Then he caught Brandon stealing a peek at the new alpha male. He couldn’t believe that he had once felt jealous of Brandon’s muscles - Brandon was just a skinny runt of a boy. Cameron was a man - no a god.

He threw an arrogant smirk at Brandon, daring him to approach. The feeble wannabe bodybuilder fled. Cameron laughed at Brandon’s reaction, his confidence soaring high as he strode out to the gym floor.

Time to hit the weights and fuck some pussy.