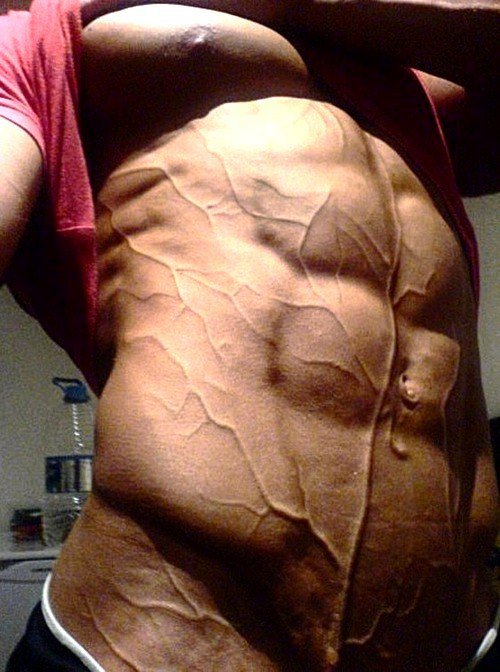 “Fuck,” said Timmy in hushed awe as he pealed his t-shirt up to this chin. “This shit works fast.”

A minute ago his chest was an embarrassment to the boy - a column of small ribs protruding against cream white skin.

Now he could literally feel the compound flowing through his arteries and veins, transforming pathetic soft flesh into hardened muscle. His skin was quickly losing it’s sickly pallor, becoming tanned and paper-thin.

The feeling of surging hormones and rising muscle strength suddenly overwhelmed Timmy. He could only moan as two strong manly pecs swelled against the confines of his shirt. His dick hardened as he watched an array of thick intercostals pop up and thicken his newly-formed V-shape.

Fuck, he now had a body of a fitness model and the vial said the transformation would continue for another 20 minutes!

All he could do was caress his sick abs while fantasizing about what he will look like when senior year starts next week.