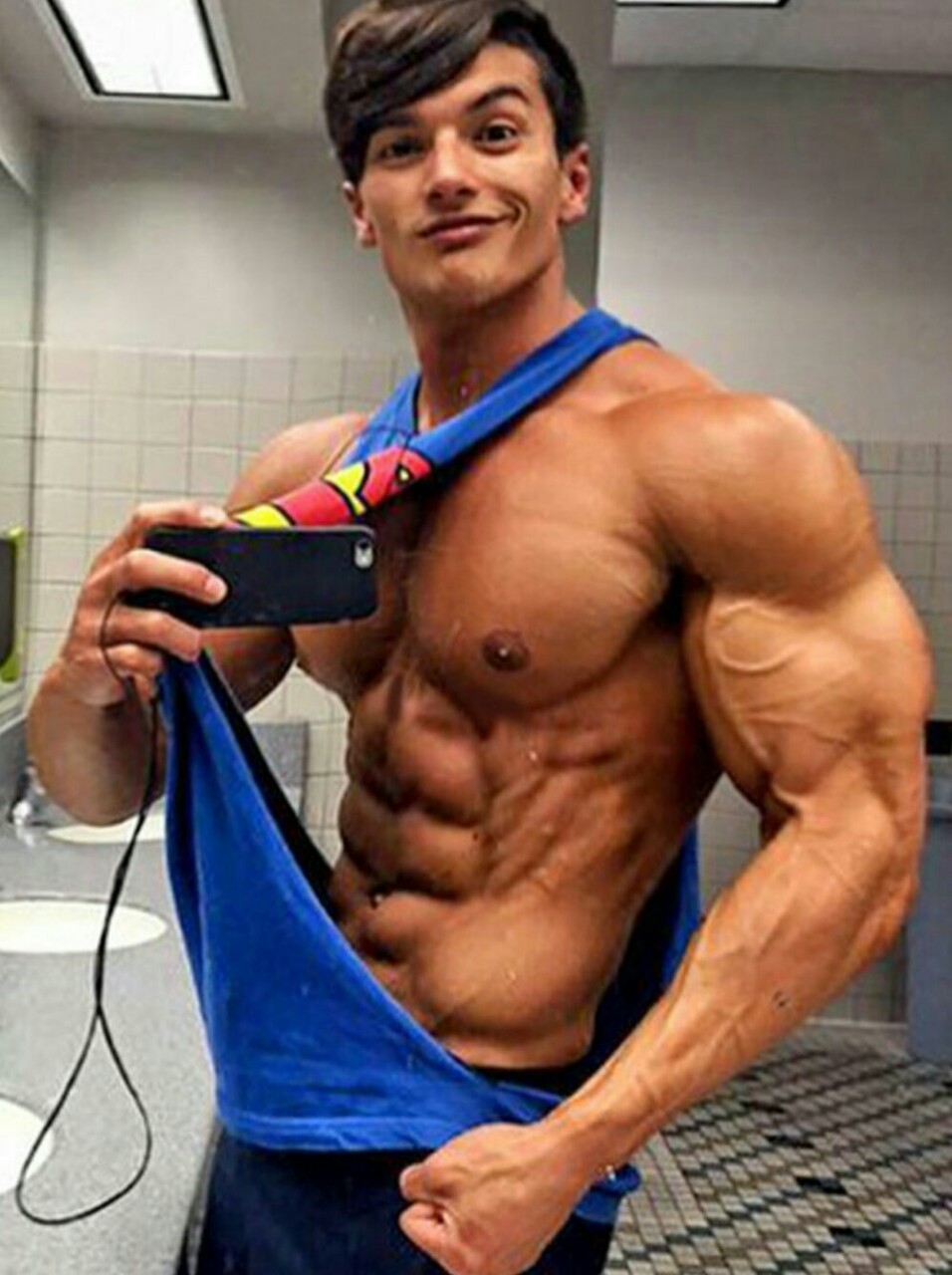 At the beginning of senior year, Clark finally decided to dispense with his geeky persona and show off his hot, bulging, ripped physique to everyone at Smallville. Gone were his ugly, bulky sweatshirts, slouched posture and dorky glasses - his wardrobe completely replaced with skimpy wifebeaters and tanned masculine flesh.

Ma and Pa Kent were, of course, concerned about their son’s change of attitude, but what could they do? It was hard to reason with a teenager when you know that he can scrunch up a combine harvester into a fist-sized wad of scrap metal.

Life as a teenager in Smallville had changed dramatically since his parents’ day. For one thing, they hadn’t grown up with the internet at their fingertips. Maybe if Clark had grown up in earlier times, he would have found his heroes in history books and adventure books.

But he hadn’t, so Clark’s heroes were people like Aziz, Greg Plitt and the Harrison twins - bodybuilding douchebags with sexy hot bodies like his, except they were able to flaunt their hardbody flesh to the entire world while he was forced to hide his spectacular physique “for his own safety”.

How could Clark not jerk off every night watching videos of his “idols” brag about how every jaw drops when they enter a room or joke about how much pussy they get a week? How could he still pretend to be a puny dork when he knew he was a far superior specimen of alpha male than any of these muscle bound jerks?

So when school started, the new, sexy-as-fuck Clark became its undisputed king. A few one-sided fist fights with some of the more hot-tempered jocks on the football team proved that Clark’s muscles weren’t just for show. And after that, it didn’t talk long for Clark to lose his virginity and start working his way through every hot chick in town. Of course, his “happy moments” always ended up exploding condoms into latex confetti - but that wasn’t a major problem for the new super-stud. It just gave him a ready excuse to sweet talk a girl into hardcore ass sex.

But being king of Smallville High wasn’t enough for the newly-birthed stud. He decided to start his own Instagram account, man_of_steel, and show those “aesthetic” bodybuilders that a new warrior had entered town. Soon he had tens of thousands of followers, each jerking off to his every uploaded selfie. When the offers of cash came in exchange for him doing some “personal” videos, he decided to start branding his internet image. He used the “S shield” from the clothes he had originally been found in as a baby and used it as his personal logo - branding it on his douchy, fitness gear.

He became a sensation online and his emails were filling up with messages from admirers.

He especially loved corresponding to a hot bodybuilder chick named Maxima. She sent her own “private” videos to Clark, and damn she was one hot woman - and possibly a bit of geek herself as she kept dressing up in a skin-tight “Space Warrior Queen” costume and lounging on a sci-fi-looking throne. She spoke with an exotic accent and kept calling Clark her “Kryptonian” soul mate - whatever on earth that meant. He tried googling the word but ended up drawing a blank.

But there were also messages from the detractors or just the plain weird.

He eventually had to block email from a troll calling himself BrainiacDrone2138. He kept bugging Clark with questions about how the “House of El” could be alive and well on Earth. Clark had no idea what the creep was talking about. Eventually, BrainiacDrone2138 started claiming that he tracked down Clark’s location and started gloating about how Clark couldn’t possibly hide from his retribution. Any normal person would have called the police but Clark just ignored him.

After all, he was fucking invulnerable - a literal god amongst men. What’s the worst that could happen?