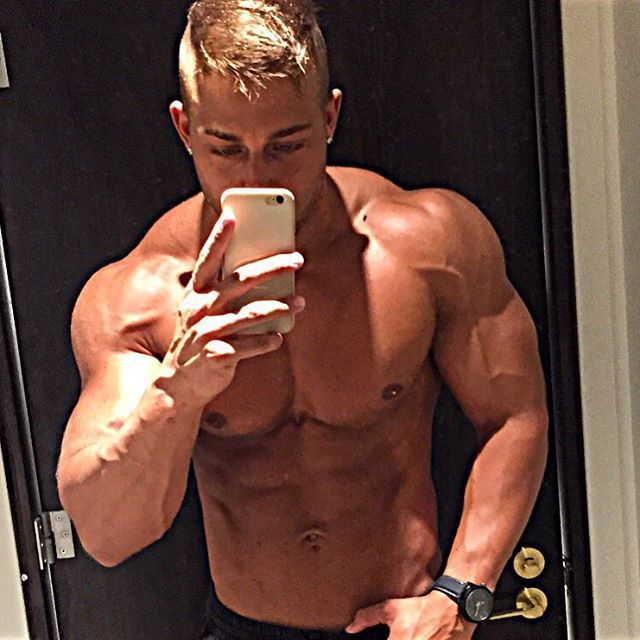 He smirked handsomely. Every expression on his new face could now be described “handsomely”. He could vomit into a bowl of punch and the party-goers would comment on how handsome he looked while he did it.

After spending three hours going through every minutia in the Chronivac user interface, he had beefed up and hunkified his once ugly and wimpy physique beyond recognition.

His old contact list (basically a roll call of his Magic: The Gathering and D & D buddies) had now vanished from existence.

Instead, it had been replaced by dozens upon dozens of girls names. And sometimes, when he had obviously forgotten a girl’s name, the occasional “Hot chick from Marty’s party who loves to suck hard on my balls” and “Plain chick Bruce dared me to make out with in the cinema”.

All of the hottest chicks in school made the list, as did an extraordinary number of the neighborhood MILFs. The majority of names he couldn’t recognize and he guessed that they were one-time hookups or girls from the local college.

Then he frowned. He noticed that there were some male names listed too - Jake Bellman, Josh Prince, Billy Davison - all dweebs from his school (and in his previous reality, close friends). He had no idea why they were listed in his phone, surely they couldn’t actually be friends in this reality? He had definitely surpassed them in every way. How could they be in the same social circle?

He opened the dweebs histories to see what on earth they had in common — and was greeted by hundreds of photos of his old friends’ horribly distended faces as they choked and spluttered on his fat, dripping, 10 inch baby-maker.

Fuck, that looked hot. He never thought himself as being gay, but man he now suddenly had a craving for a puny cock-sucking faggot to come and service this hunky new body.

He whipped up a quick text to Jake, who had just a few minutes ago been his best and most loyal friend:

Hey Fuck-Face, need to empty out my ball-sack and I just thought of your pretty mouth. Meet me under the bleachers in 10 mins.