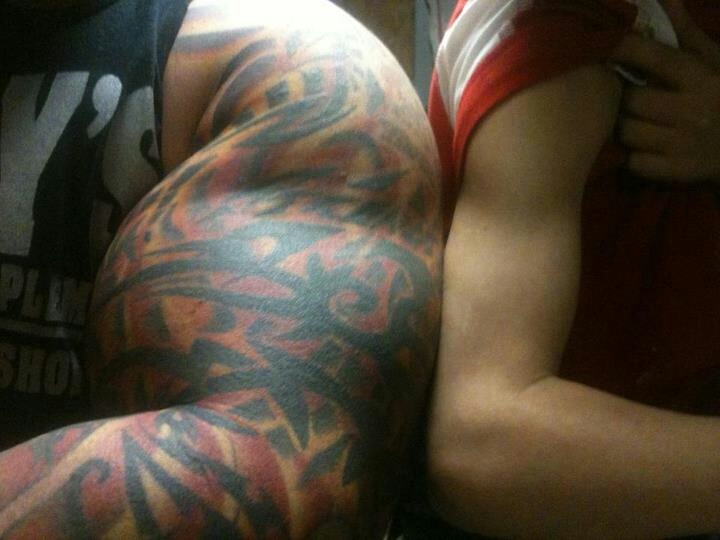 “Well, that felt really, really embarrassing,” muttered Alex as he quickly pulled down his shirt sleeve to hide his scrawny little shoulder.

“What?” I teased. “Are your feelings of masculinity under attack after taking a comparison photo of our biceps?”

I quickly plugged the camera into my laptop, my massive arms bulging with power.

“Look, don’t worry about it,” I said reassuringly. “The embarrassing bit is over. I’ll just stick the enchantment onto this photo and before you know it that wussy little arm of yours will be so jam-packed with muscle meat that you will be able to force The Rock to drop down on his knees with a simple handshake.”

“Seriously? This is how you went from scrawny to jacked-as-fuck in the last year?”

“Yeah, you see from now on whenever someone masturbates to your image on this photo, you’ll gain a little, teeny bit of muscle. Also your face will become slightly more masculine and handsome, your dick an incy bit thicker and longer, and your balls - well, let’s just say they’ll get a little bit more ballsier. It all adds up to some serious shit after hundreds of these jack-off sessions.”

“Um, and why would anyone want to jerk off to my stick-like arm?”

“You’re really clueless about the internet, aren’t you? I’ve got a buddy who writes muscle growth caption stories. I only need to send him the photo and he’ll write some juicy story about how that stick-like arm of yours will be swelling into an unstoppable battering-ram of rippling brawn. Believe you me - these guys be jacking off to your wimpy arm for decades.”