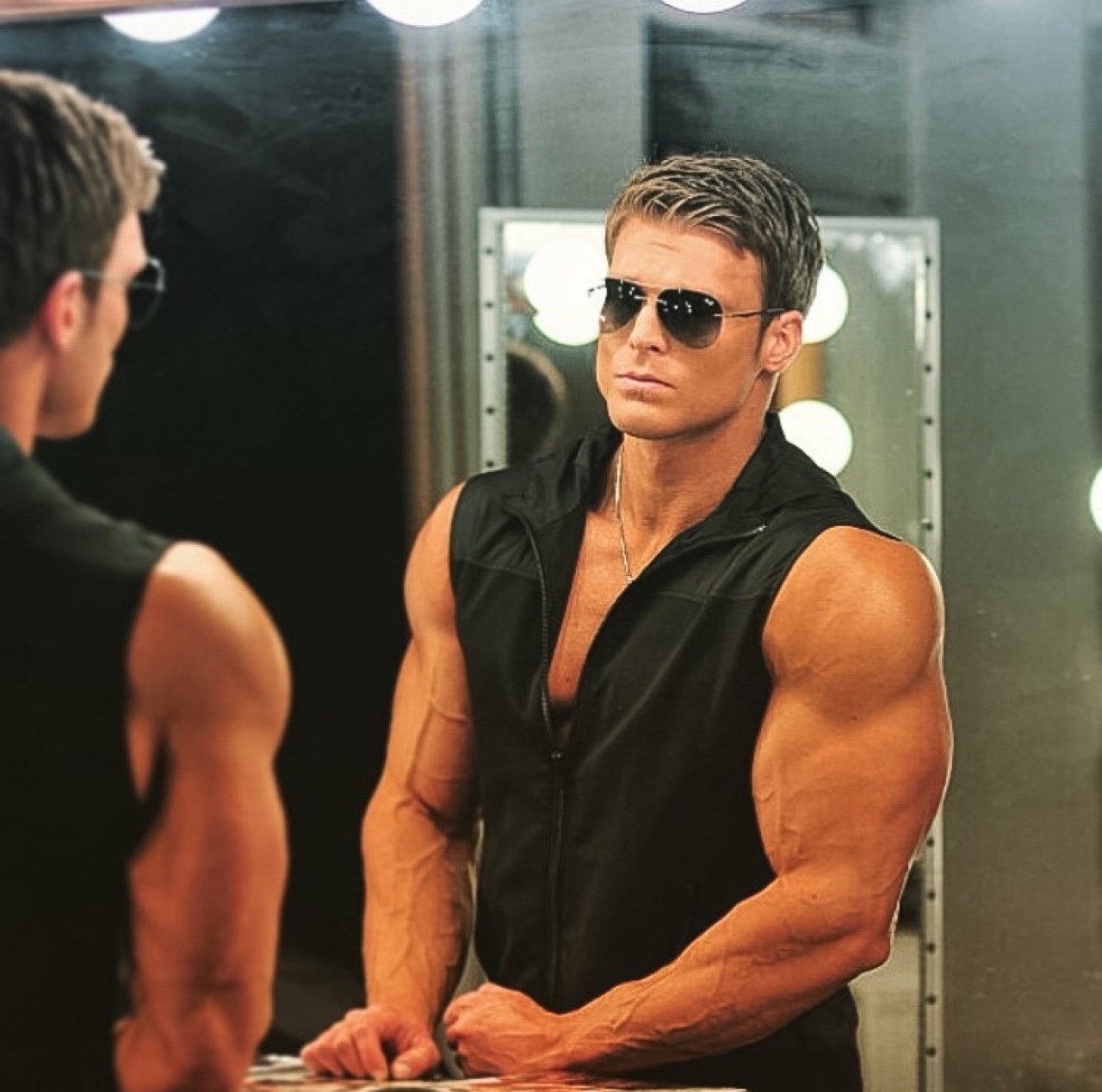 …he dropped the stone to the floor in complete shock.

He felt different - totally different. His anger had lifted and he felt… …heavier, much heavier. And for some strange reason, supremely confidant. And filled to the brim with energy and power.

He rose to his feet and analyzed the dressing room mirror in front of him; carefully observing the brutish, masculine figure reflected back at him.

Biceps the size of human heads.

Shoulders the size of soccer balls.

The thick, steely jaw of a superhero.

That no-nonsense scowl of gritty determination.

The image before him could never have played the role of a quirky nerd. This man looked like he could never fathom what a nerd felt like - to him, a nerd was something he trampled on when he strode to the gym, to his steroids dealer or to his latest fuck. Like an annoying old wad of chewing gum that kept getting stuck on his trainer.

Michael was almost afraid to speak, he looked so fucking godlike and awesome that he may start avalanches if he sneezed.

Then he realized he now retained two sets of memories, his old, dorky life and this new one.

He began to traverse his new timeline, smiling to himself at the changes.

He remembered the numerous fan letters from teenagers offering to get impregnated by him after they had seen Juno. It didn’t go well with Marketing when he bragged about that in interviews, he guessed that wasn’t the message they wanted teenagers to take away from the movie. On the other hand it really expanded his fan presence on the internet - he still had lots of young, talented female artists tweeting him links of of their fevered Deviantart creations of him snuggling against their bloated pregnant bellies.

He also remembered the day he successfully pressed Wright for an X-rated version of Scott Pilgrim just so he could crowbar in a sex scene with cute little Brandon Routh. It didn’t take much to convince Routh to do it either, the slut. That had been a big hit on the internet too. Now there were lots of memes flying around with that gif of the closeup of Routh’s face; the one where’s he starts off wincing in pain but his grimace suddenly blossoms into a heady smile of euphoria. Being associated with Michael did wonders for Routh’s career too; his third Superman movie looks like it’s going to make a big killing. There were now talks of Michael joining the franchise as Lobo.

Finally, he reviewed his role on the TV show that made him famous. Gone were the awkward conversations and nervous misunderstandings that he had perfected his old adult life. His character now spends his whole time bedding Hollywood starlets; whored out mercilessly by his business-savvy young cousin, who secretly harbors an unrequited crush on her hunky relative but is too nervous to say anything.

The show quickly became infamous for Micheal’s outlandish sex scenes. But the sex gimmick really kept the show popular and it’s now running for over a decade without cancellation. Also, the idea was straight out stolen by later shows like True Blood and Game of Thrones.

For hot young actresses, it quickly became the must-do stunt to make a guest appearance on the the show and get properly “George Michealed”.

According to the new script, Mila Kunis had just signed up to three episodes of rough and nasty sexual hijinks.

Another big notch to carve into his already heavily-nocked bedpost.