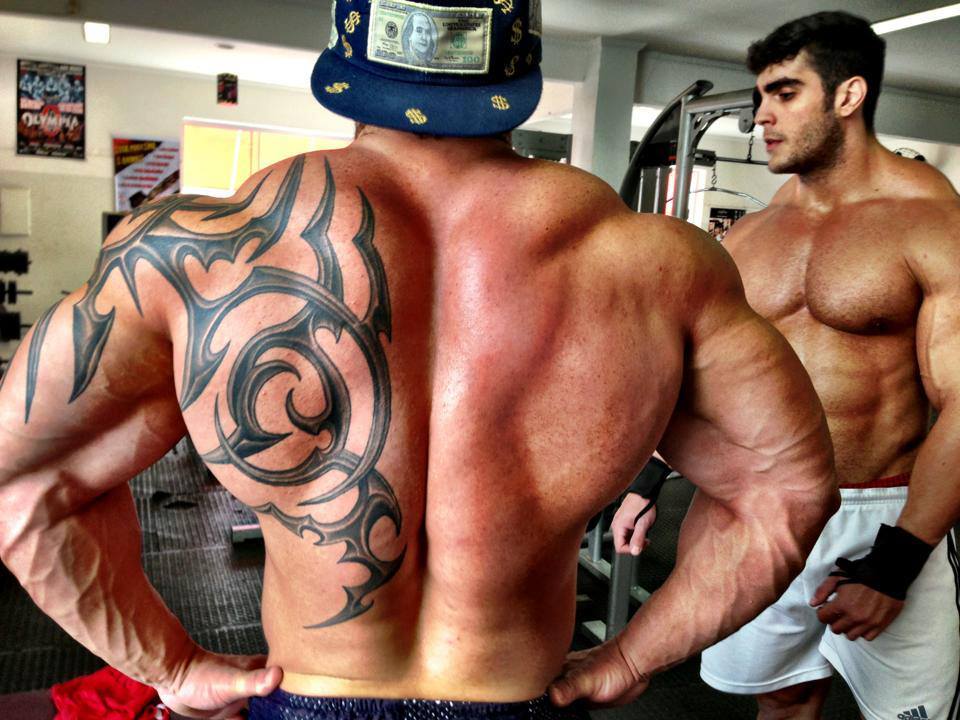 The two roided bodybuilders stared at the alien-looking workout equipment in front of them.

“So,” said Malcolm quietly. “You didn’t have time to study those workout videos on Youtube last night?”

“Yeah man, I was busy too,” grinned Malcolm. “Busy having my way with Larissa McCarthy all night! Shit, who knew that the president of the chastity club could squirt so much? That girl’s a complete freak in bed.”

“I guess you had a similar experience?” asked Malcolm with a raised eyebrow. “Fucking hard to do any research when every hormone coursing through your body is demanding sweet wet pussy!”

But he wasn’t ready to share all this with his best friend.

“Anyway,” continued Malcolm. “We have no idea how to lift anything here without looking like a pair of idiots. Fuck! I was really hoping to be up and running before Trent walks in. Imagine his face when he sees the two class dweebs pumping up their new, melon-sized biceps with his max squat.”

Andrew clenched his fists tightly. What he would give to see Trent’s strong, sexy jawline opened wide and stuffed full with Andrew’s mighty man-cock.

“Yeah”, replied Andrew, shyly. “That would be great.” He could literally feel his new baritone reverb throughout his brawny neck. Fuck, his new voice felt good. Real manly. Precum began to ooze through his underwear.

“It’s not all a complete disaster,” said Malcolm slyly. “That hot chick at the front desk was definitely crushing on me when we registered earlier. I’m pretty confident that I can convince her to give me a guided tour and show me how everything works. She’ll get to laugh at my goofy antics at “pretending” to be a newbie, I actually get to learn how to workout and by the end of the day I’ll be screwing the hot bitch in the showers.”

“Though I guess that leaves you with nothing to do.” Malcolm looked apologetic at his best buddy.

Andrew shrugged. He had things he wanted to do today: a few Fleshlights to order, some sexy designer underwear and leather gloves to purchase and perhaps, if he’s really lucky, an arrogant jock to browbeat into being his personal sex slave.

“Don’t worry,” he assured Malcolm with an optimistic smile. “I’m sure I’ll find something to occupy my time.”